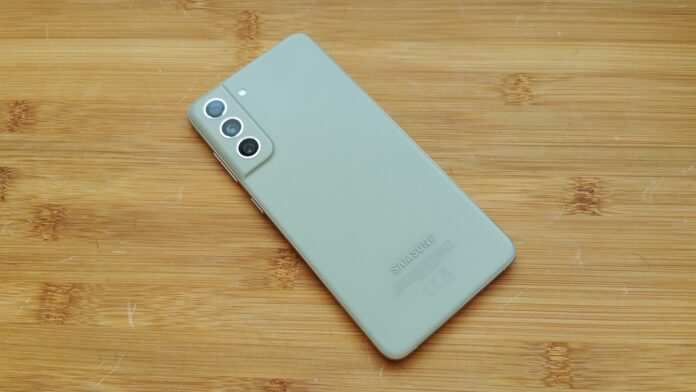 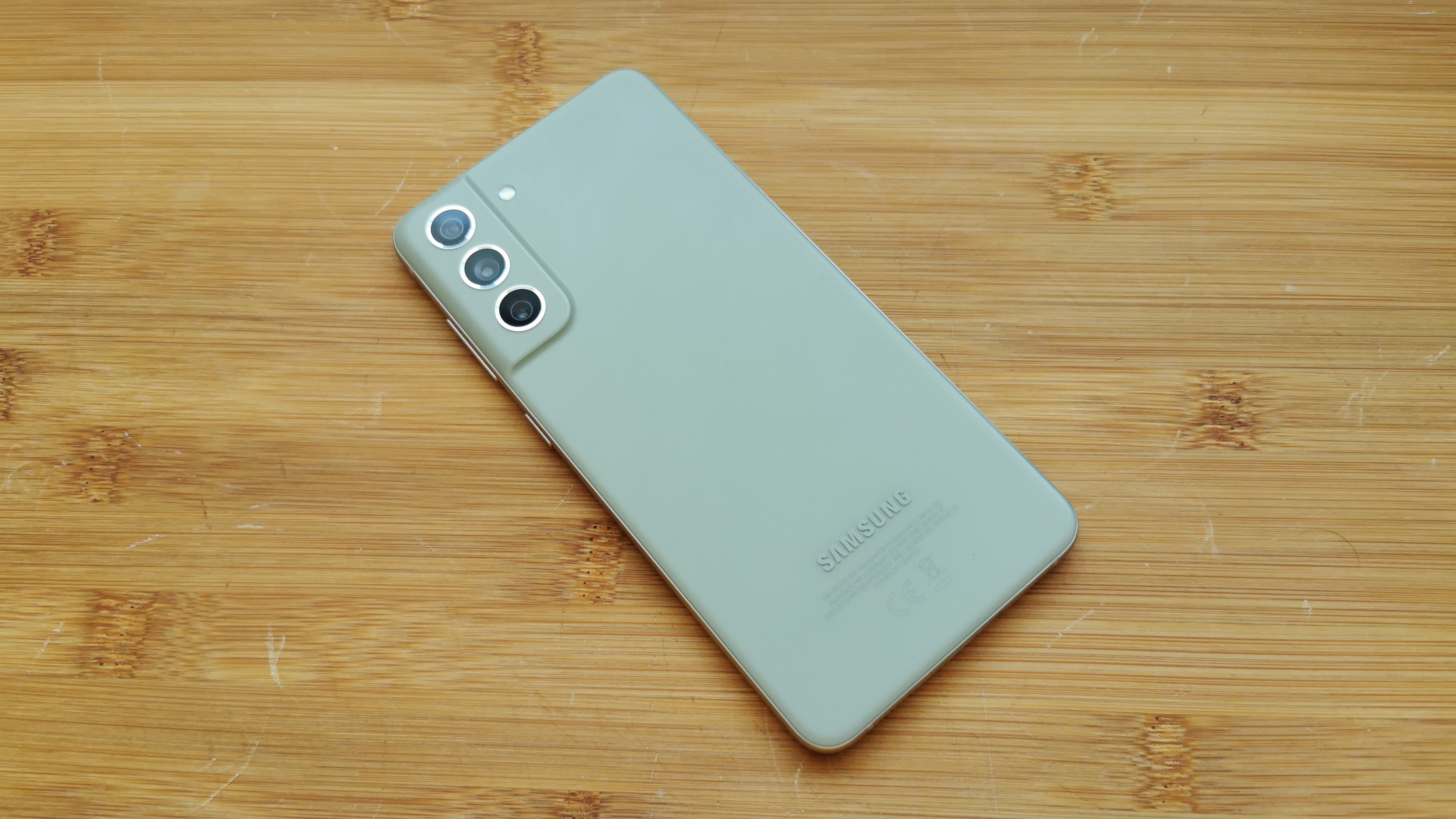 The Samsung Galaxy S21 FE and the Google Pixel 6 both claim to offer flagship thrills for a slightly lower price than you might expect to pay.

We’ve tested both phones extensively, and you can read our reviews in the links above. But if you’re simply after the lowdown on which ‘affordable flagship’ is the better phone, you’ve come to the right place.

Here’s our definitive view on the comparative strengths and weaknesses of the Samsung Galaxy S21 FE and the Google Pixel 6.

The Samsung Galaxy S21 FE looks a lot like the Galaxy S21 – and, by extension, the Galaxy S22. All of these Samsung phones are identifiable by the company’s ‘Contour Cut’ camera module design, which seems to flow out of the frame of the phone.

Google’s Pixel 6 design is all new, with a bold full-width camera module that resembles a futuristic visor. We dig the two-tone color scheme, too. The Pixel 6 (as well as the Pixel 6 Pro) is quite possibly the best-looking phone Google has ever made.

One underwhelming feature the Galaxy S21 FE shares with the Galaxy S21 is a plastic body, which feels a little cheap given its price tag. Indeed, you might find yourself questioning that price difference between the S21 and the Pixel 6 when you see that the Pixel is all glass and metal.

Both phones are IP68 certified, so they have the same level of dust and water resistance. But for overall design, the Pixel 6 wins over the S21 FE.

Both of these phones give you 6.4-inch FHD+ OLED displays, and both of our reviewers noted how vibrant they were.

The Galaxy S21 FE has a slight advantage over the Pixel 6 because of its 120Hz refresh rate. Google’s phone only hits 90Hz.

The vast majority of people won’t notice a difference, but the Galaxy S21 FE screen is noticeably smoother when scrolling through web pages, emails and the like.

In our review, we described the Galaxy S21 FE’s screen as its “strong suit.” The Pixel 6’s display meanwhile is a welcome upgrade from that of the Pixel 5.

Many rivals will position their camera cut-outs in a corner, but both the S21 FE and the Pixel 6 place theirs in the middle of the top. We don’t have a particular preference, but that design choice gives these phones a pleasing sense of symmetry.

Each phone offers its own photographic capabilities but they share some similarities as well. The Galaxy S21 FE has a triple-camera system with a dedicated telephoto lens. The Pixel 6, on the other hand, gives you a dual camera system with no optical zoom facility.

Samsung has gone with a 12-megapixel wide sensor, backed by a 12-megapixel ultra-wide and an 8-megapixel telephoto. The latter lets you shoot 1.1x optical and 3x hybrid zoom shots.

Google’s phone employs a 50-megapixel wide sensor, which is also backed by a 12-megapixel ultra-wide. You can grab 2x zoomed shots, but these are simply crops from that pixel-packed wide sensor.

Unsurprisingly, we found that the Samsung Galaxy S21 FE’s camera performance is largely comparable to that of the S21. That means the S21 offers sharp, bright shots packed with social-media-friendly oversaturated colors.

The Pixel 6, meanwhile, takes flat out better photos in most conditions. The nuance in the colors and shadows is simply on another level when compared to shots captured by the Galaxy S21 FE. The Google phone’s pictures give you a more true-to-life tone and much clearer night shots.

The only area in which the Samsung reigns supreme is in those zoomed shots, given that it has a telephoto lens, which the Pixel 6 lacks.

Both camera systems bring software tricks to the table. Samsung gives you Single Take, which captures 5 to 15-second snippets of video and pulls out the best stills and footage. Google offers Face Unblur, which clears up blurry human faces, and Magic Eraser, which lets you remove photo-bombers with a tap.

Both phones can record video footage at a 4K resolution and 60fps.

It’s still speedier than the custom Tensor chip that powers the Google Pixel 6, however, at least in terms of raw CPU power. An average Geekbench 5 multi-core score of 2837 falls short of the Galaxy S21 FE, which averages around 3100.

Google will tell you that its custom Tensor chip is all about the ML, or machine learning capabilities. With these extra smarts, the Pixel is able to pull off its unique camera tricks and speedy real time speech transcription..

It’s important to note that a few digits on a benchmark test result mean nothing compared to the experience of using both phones. And on that front, there’s really nothing between them.

Both handsets are equally speedy when it comes to surfing the web or playing games. High-end games run smoothly on both devices.

Both phones give you 8GB of RAM and a choice of either 128GB or 256GB of storage, depending on your region.

There is a key difference when it comes to software. The Samsung Galaxy S21 FE runs Android 12, with Samsung’s One UI 4 fork laid over the top. The Pixel 6 runs pure Android 12, precisely as Google intended it.

While Samsung’s UI has come a long way in recent years, and is potentially more customizable than stock Android, it’s still a bit cluttered and less cohesive.

Furthermore, certain software features are only available on Google’s phone (thanks to that Tensor chip), like the ability to Live Translate audio. We really dig Google’s Material You color palette coordination system, too, which serves to sync up widgets and UI icons to match a chosen color theme.

The Samsung Galaxy S21 FE gives you a 4,500mAh battery, while the Pixel 6 goes with a 4,612mAh battery. Those are very similar indeed.

With the Galaxy S21 FE, our reviewer found that “heavy use ensured we’d need to charge the mobile in the early evening to keep it ticking until the next morning.” In our Pixel 6 review, we noted that the phone “comfortably makes it through a full day of use,” but concluded that it was a “middling battery.”

The Pixel might have the slightest of edges, then, through a combination of that slightly larger battery and a slightly less demanding 90Hz display. But neither of these phones is a stamina champ.

When it comes to recharging, the Samsung Galaxy S21 FE supports 25W charging, while the Pixel 6 can only offer 21W charging support. Neither gives you a charging brick in the box, which leaves both flailing behind the likes of the Xiaomi 12 and the OnePlus 10 Pro.

Given that there were just two months between our Samsung Galaxy S21 FE and Google Pixel 6 reviews, it’s not difficult to establish which phone we think is the better buy. We rated the Pixel 6 a single point higher out of 10.

There are several reasons for this. While the two phones are reasonably well matched in general terms, the Pixel 6 gives you a better camera and a fresher design for $100/£100 less.

The Galaxy S21 FE is a good phone taken in isolation, but it launched way too late in the day, and for way too high a price, for it to earn an unqualified recommendation. Despite a few foibles (like the lack of a telephoto lens) the Pixel 6 earned a nod from us.

The Galaxy S21 FE is a good phone that suffered from a calamitous launch process. The Pixel 6 is simply a good phone.