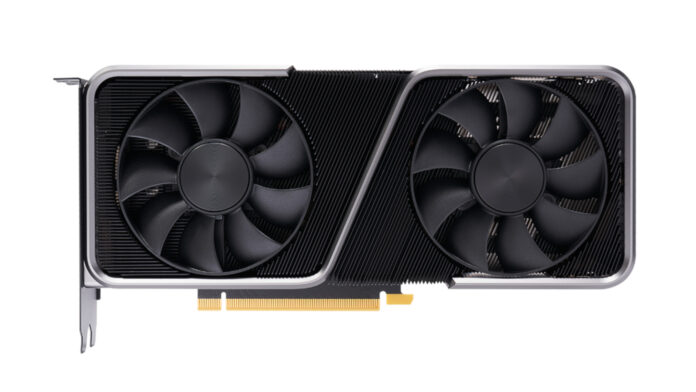 It’s a bit more difficulty choosing the best 1440p graphics cards than you might think. Picking a graphics card is already plenty confusing with all the different options out there. And, if you’re trying to power your new battle station to handle 1440p resolution for gaming, you have to keep a few things in mind.

After all, the GPU has to be capable of offering 1440p for your favorite games without breaking the bank. That resolution is already quite the visual improvement over 1080p which has become today’s standard. And, the best 1440p graphics are much more reasonably priced than flagship 4K-focused graphics cards out there, meaning you can get a boost in visual fidelity without paying those premium prices.

We’re here to help you simplify the process and find the best 1440p graphics card for you, regardless of what your budget might be. So, take a look at our list and see what’s most ideal for your own custom build.

With Prime Day 2021 coming soon, you’ll find some of the best 1440p graphics cards on this list to be cheaper than ever thanks to Prime Day. Modern GPUs are hard to buy at the moment, so you may have the best luck buying a new GPU on Prime Day by buying one with a pre-built gaming PC. Thankfully those should see price cuts on the day, and we’ll be keeping an eye out for the best deals during Prime Day, and in the run-up to it as well.

The best graphics card on the market for 1440p gaming, the Nvidia GeForce RTX 3070 delivers excellent performance – on par with the RTX 2080 Ti even – without costing an arm and a leg. In fact, the RTX 3070 is capable enough to not only deliver smooth 1440p gaming but also bring 4K gaming to the mainstream for the first time. And did we mention the fact that this GPU is affordable too? It’s no wonder it tops our list.

This absolute behemoth of a graphics card is still basically brand new, and it’s already topping our list of the best graphics cards, booting former reigning champion and its direct rival, the Nvidia GeForce RTX 2060, off the top spot. At $349, this powerful mid-range card brings 1440p gaming at Ultra or Max settings to the masses, making it affordable and accessible to everyone. At that price point, it doesn’t need to be perfect – those looking for ray tracing will have to wait. But, for what it offers and how much it costs, it’s well-deserving of its title as the best 1440p graphics card of 2021 for most people.

While AMD has been making great strides with its CPU lineup, its GPUs have lagged behind competitor Nvidia. The AMD Radeon RX 5700 XT continues the company’s strategy of targeting the low-mid range enthusiast market, and it matches up nicely to Nvidia’s offerings. Performance-wise, the 5700 XT sits close to the 2060 Super, and with similar pricing, offers an alternative for those who are on the fence about which company they want to support.

The Radeon RX 5700 XT compares favorably to the original RTX 2070 and the RTX 2060 Super in 1440p gaming. However, this card does have a disadvantage that might be a dealbreaker for some: it doesn’t support ray tracing. Given that you can get similar performance from an RTX 2060 Super for roughly the same price, the RX 5700 XT isn’t quite the market disruptor it was intended to be. However, if ray tracing isn’t a concern, the RX 5700 XT is a competitive alternative to Nvidia’s mid-range lineup.

If you think AMD is still stuck in the budget and mid-range markets, think again. The AMD Radeon RX 6800 marks AMD’s return to the high-end graphics card market, and it’s a premium ace without the incredibly premium price. This GPU delivers impressive ray tracing at 1440p (and even solid gaming performance at 4K), while being a better value than its direct rival, the RTX 3070, thanks to its VRAM. Plus, AMD’s Smart Access Memory technology will make it even faster.

The Nvidia GeForce RTX 2080 Ti by Nvidia is the best consumer-grade video card you can get right now for gaming. While the Titan RTX surpasses the 2080 Ti in raw power, the Titan retails for $1,500 more for not even a 20% performance increase in gaming. That being said, the RTX 2080 Ti is still a costly video card, and the RTX Super line has diminished the value of the 2080 Ti even further. This is the card to get when money isn’t a problem, as you can almost buy two 2080 Supers for the same price.

If you’re looking to game at 1440p and hope to surpass 100 fps with ray tracing enabled regularly, the 2080 Ti is the only card on the market right now that can deliver high frame rate gaming with RTX on. Even on the RTX series, which have dedicated cores for raytracing, the effect is incredibly GPU intensive. The extra RAM and horsepower of the 2080 Ti make a lot of difference even when compared to the 2080 Super. If one of your big reasons for moving up to a new GPU is ray tracing, the 2080 Ti is the best choice if you’re planning to play at 1440p – and it’s even good for moving up to 4K.