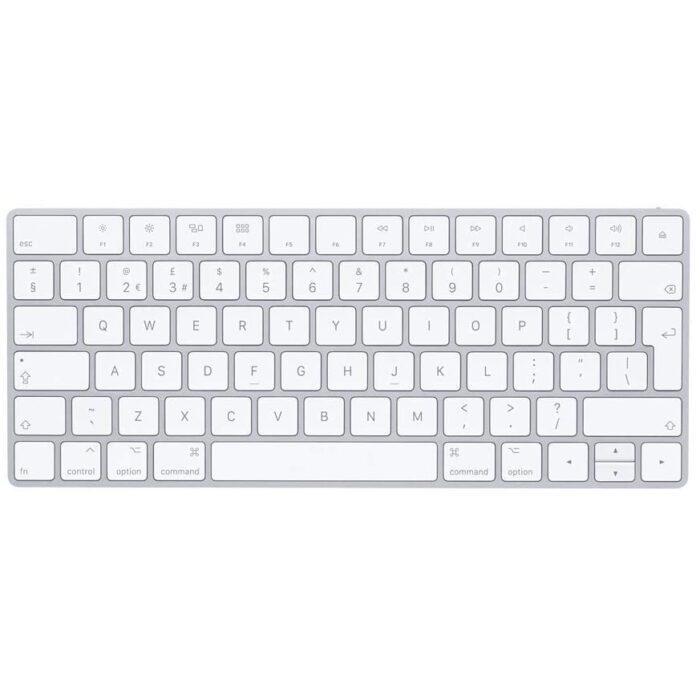 Apple Magic Keyboard deals don’t come around too often – retailers rarely shave cash off this premium accessory likely due to its popularity. However, Amazon has just cut the wireless, rechargeable Magic Keyboard down to its lowest price ever, now just £59 (down from that lofty £99 RRP).That’s perfect for Mac or iPad users looking for a quick and easy pairing process, a satisfying typing experience, and long battery life to boot. This £40 discount is one of only a handful of Apple Magic Keyboard deals we’ve seen in this model’s lifetime. March saw a very brief price drop down to £65, but before then the price had been fairly stable at £85.Previous Magic Keyboard deals haven’t lasted particularly long, though, so we wouldn’t wait too long to jump on this one. Discounts don’t tend to stick around much longer than their first day here, so that price may leap back up fairly soon.

If you’re looking to pair your new keyboard with more Apple gear, we’re also seeing a record low price on the Apple Magic Mouse 2 as well. The wireless, rechargeable multi-touch pointer is now down to £45 (the RRP is £79 here, but has been available for between £59 and £69 over the last few months).

The Apple Magic Keyboard is now down to just £59 at Amazon, with an amazing £40 discount that brings us to our lowest price ever. This is the latest model so you’re getting that new and improved typing feel, with a seamless Mac connection, and Apple suggests you’ll get a month of battery life per charge as well.

Apple Magic Mouse 2: £45 at Amazon
The Apple Magic Mouse 2 originally launched at a fairly steep £79, but more recently we’ve seen it sitting between £59 and £69. That makes this discount down to £45 all the more exciting, particularly for Mac users after a multi-touch, the gesture-based pointer to make the most of macOS.