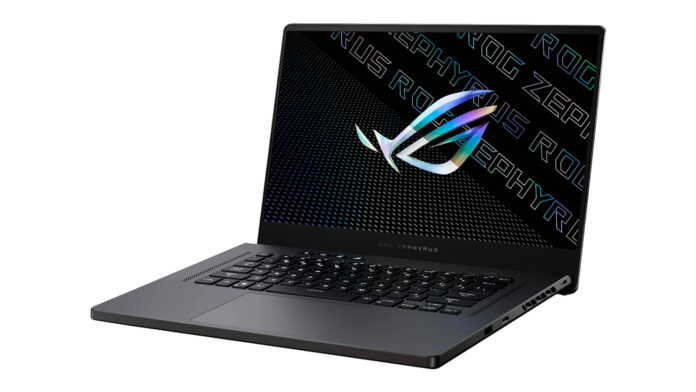 The best Asus laptops have come out of their shell. These days, beyond delivering performance at a more affordable price than the competition, these portables now boast high-quality builds and top-notch designs that rival that of Dell’s or Apple’s. No wonder they’re among the best laptops of the year.

The Taiwanese firm may be known for making some of the best PCs and PC components but it’s also putting out the best Asus laptops that look as great as they perform. These machines are quite capable, with a high-quality build, top-notch design, and impressive performance. And while some of them are admittedly pricier than the others, they’re still more affordable than the competition.

So be sure to take a look at the best Asus laptops of 2021, led by the stunning ROG Zephyrus line, one of the top gaming laptops available at the moment. If you’re in the market for one of the best Chromebooks or are searching for one of the best Ultrabooks, there are some great choices here as well.

The best Asus laptops aren’t just premium all-singing, all-dancing devices with huge price tags, as the excellent Asus Chromebook Flip C302 demonstrates. The Asus Chromebook Flip C302 brings a lot of what we love about Asus laptops to an affordable Chromebook that’s ideal for day-to-day tasks and for students working on their homework. That means it’s got excellent build quality, a fantastic design, and packs some great hardware that makes it one of the best Chromebooks out there, with an Intel Core processor, full 1080p display, touchscreen, backlit keyboard, and USB-C port.

Those in the market for a mid-range gaming device might adore the Asus ROG Zephyrus M15 GU502. It’s a great-looking piece of kit, serving as another entry to Asus’ much-vaunted ROG Zephyrus lineup of stylishly thin, and light gaming laptops. And, that fast screen makes it a joy for gamers with a predilection for fast-paced games. But, does it measure up to the most powerful laptops out there? While not cutting-edge, the Asus ROG Zephyrus M15 GU502’s specs are decent for graphically intensive games and its battery can last a while, which makes it the best Asus laptop if you’re not looking for a, maxed out machine.

In a nutshell, the Asus VivoBook S15 is one of the best laptops we’ve tested in recent months. Short of handling heavy-duty gaming, this is an extremely capable laptop that’s just as impressive as the 16-inch MacBook Pro, but is smaller, lighter and considerably less expensive. If you’re looking for a powerful laptop without paying a premium, this is among the very few out there worth considering. And, you’re getting a vivid screen, an ErgoLift hinge for a better typing position and that legendary ASUS ScreenPad to improve your productivity with it. So you’re basically getting a feature-rich laptop for considerably less than its rivals.

The Asus ZenBook Duo 14 UX482E’s dual-screen format sets it apart from everything else, and that second screen isn’t a mere curio either. It’s now more useful and customizable than ever, and its functionality should expand in due time. That’s on top of giving you a second screen to spread out. With or without that second screen, this is also one capable laptop, touting impressive specs for plenty of power, as well as a beautiful main screen and an awesome battery life. This is a game-changer of a laptop, for sure, with plenty of potential that we’re sure to come with updates.

Asus is offering another reason to go for 13-inch laptops – the numeric pad that’s understandably a constant no-show on most laptops. The ASUS ZenBook 13 UX333FAC has found a way to add the feature, albeit a virtual one, on its trackpad, which now acts like Apple’s Touch Bar to accommodate it. But, it isn’t the only feature this laptop boasts. It’s got excellent battery life, a thin bezel display, and an impressive performance in a sophisticated chassis that you can easily show off at business meetings. The keyboard is slightly cramped and the display is non-touch, but it’s pretty affordable so those aren’t deal-breakers.