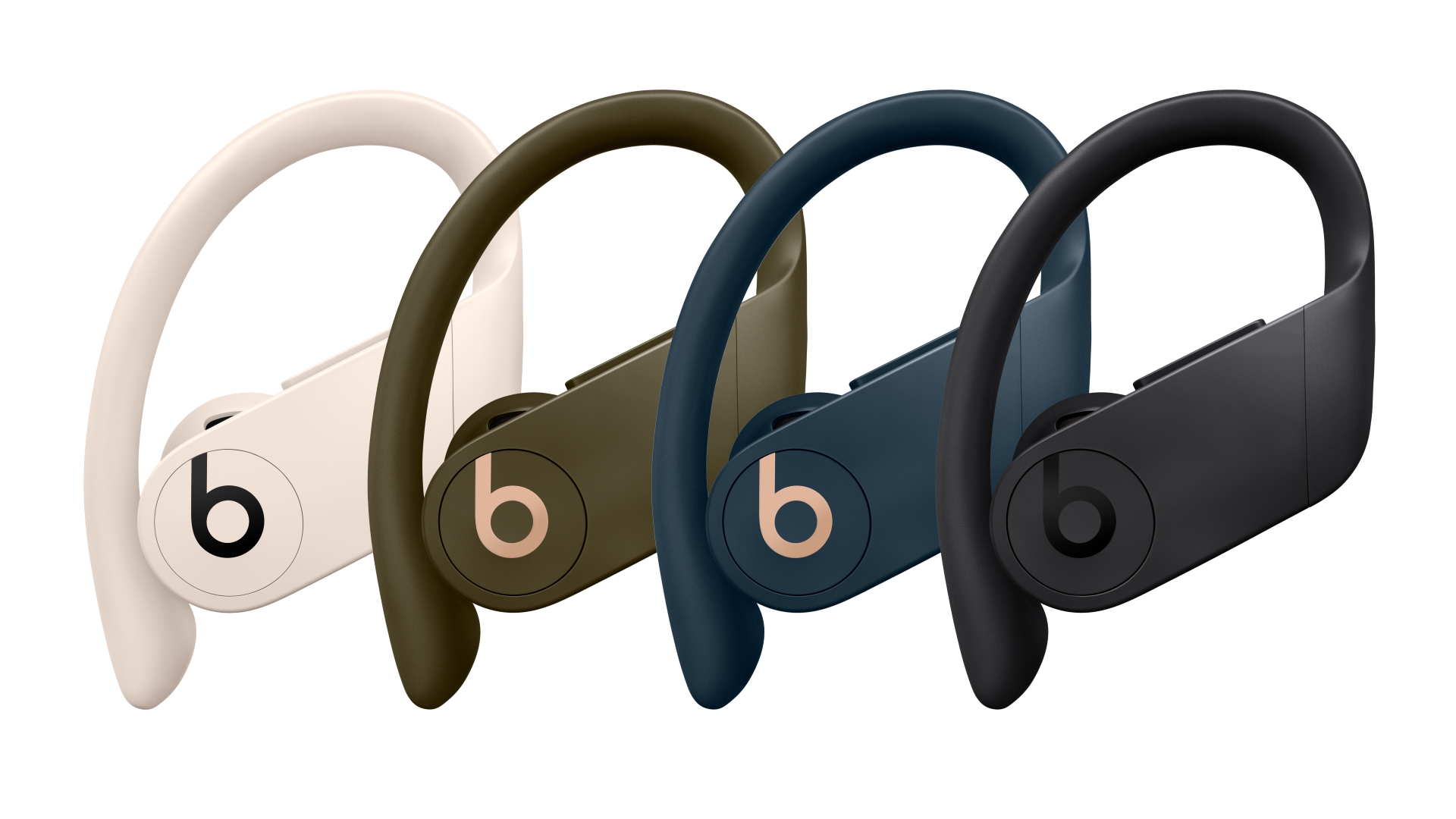 On the over-ear and on-ear side of the Beats headphones range you’ll find the Beats Studio 3 Wireless leading the charge with an over-ear design, the best sound and highest price. The Beats Solo 3 Wireless is the most popular option, with an on-ear slightly more compact design. And the Beats EP is a cheap Beats option that goes for under $100. You can also still pick up a pair of Beats Pro headphones, made for DJs – though they’re no longer listed on the Beats website.

The Powerbeats Pro is the newest, sexiest product in the Beats in-ear headphone range, offering totally wireless functionality without any wires. Think Apple Airpods but with better noise isolation and better sound. They’re backed up by the Powerbeats3 Wireless which is the previous wireless option which connects the earphones behind your neck. You also have the BeatsX – a more traditional style of wireless earbuds and then at the bottom end, you also have the wired urBeats3 earphones which are available with either 3.5mm or Lightning connector for an iPhone.

Beats Headphones: Choosing Which to Buy

So if you’re looking to buy some Beats headphones but aren’t sure which ones to get or where to find the best prices, you’ve come to the right place. We’ve compared every model still readily available – both the newest models and also the now slightly older and cheaper ones – to show you what each pair of Beats headphones does best to help you decide on a pair.

Various Beats headphones are regularly on sale throughout the year, so there’s no need to hold onto your cash for those Prime Day deals in summer or even longer until Black Friday as you’re never far from a great deal coming along. The Solo 3 Wireless, in particular, are regularly on sale so don’t pay full price!

The Powerbeats Pro were certainly worth the wait, especially if you’ve been waiting for the most exercise-friendly Beats headphones yet. Sure, we had the Powerbeats Pro 3 back in 2016, but these are true-wireless, meaning there’s no cable connecting the two earpieces here. The hook that reaches behind the ear feels better than ever and ensures your Beats stay in place during any activity.

In addition to that signature bass-heavy sound, you’re getting surprisingly adept quality at the lower ranges too. The noise-isolation is superior to the AirPods too. Make no mistake though, Beats are at their best with high-energy, big tunes. So, if you’re hitting the gym, these are the Beats you want. They’re not waterproof mind, so be careful if you go running in the rain.

We’re loving the 9-hour battery and that can be boosted to around 24 hours thanks to the charging case that comes with the new Powerbeats Pro headphones. Running late? A five-minute quick charge gives you 90 minutes of playback. Nice. 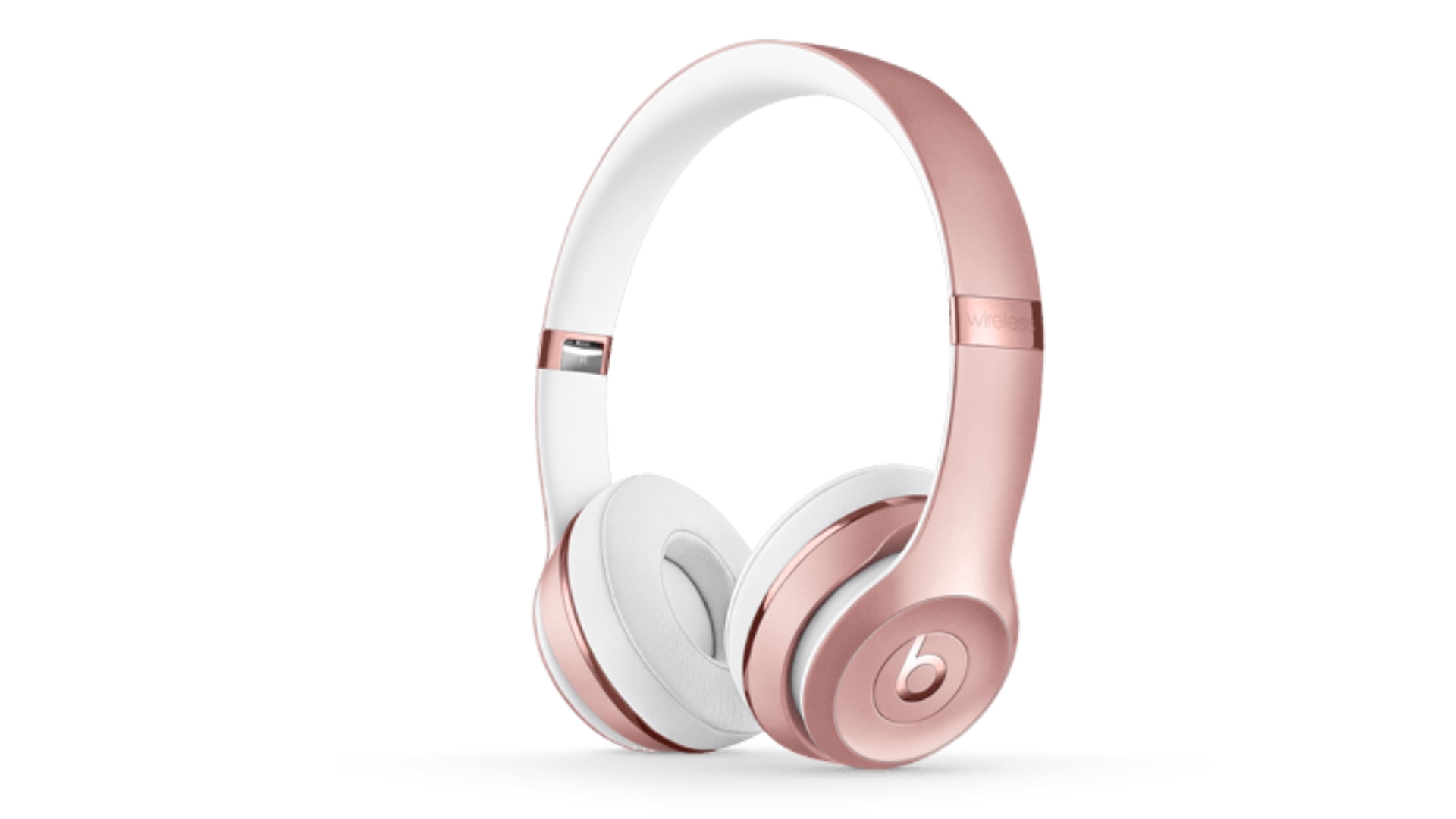 If you have a modern iPhone and want one of the best pair of Beats headphones made especially for Apple’s new phones, you really should take a look at the Beats Solo 3 Wireless headphones. In addition to a fantastic wireless connection and punchy sound, you’re getting a huge battery run-time. A single charge can last for up to 40 hours which could last you for an entire week’s worth of commuting between charges.

The Solo 3 Wireless are the most popular over/on-ear headphones in the Beats range and are regularly on sale. They’re also available in a whole range of different colour designs so there’s plenty of scope to choose a color scheme that best represents your personality – whether that’s jet black or blingy gold! Because they use an on-ear design, they fold neatly away in a bag and don’t look massive on your head – though of course, this does mean that there are no noise-cancelling options with this model – for that you’d need an over-ear design like the Beats Studio 3 Wireless headphones below. 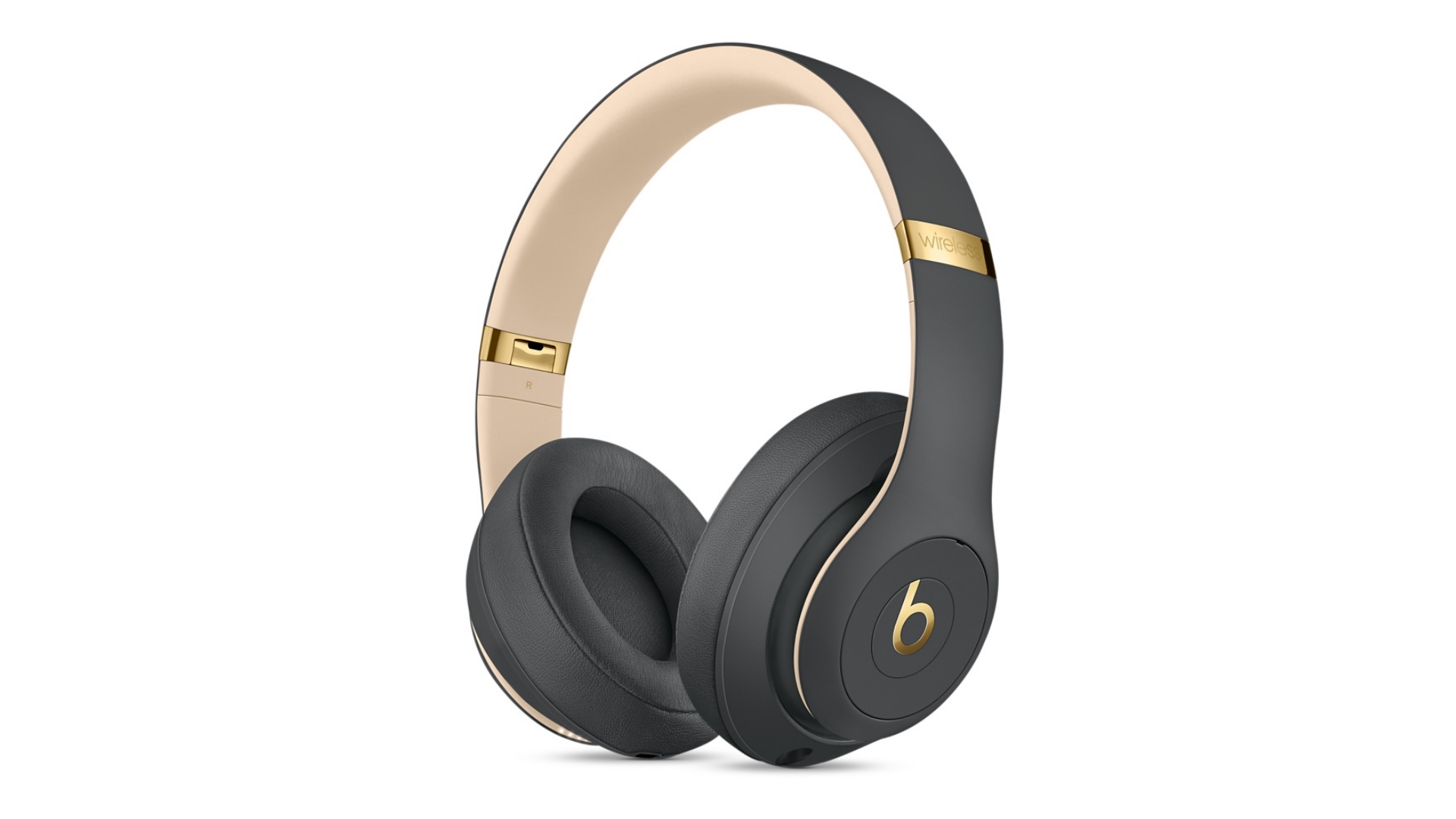 The newest Studio entry in the Beats headphones range is the Beats Studio 3 Wireless. Using an over-ear, closed-back design, the Studio 3 is the best noise-cancelling set of headphones Beats has ever made. The battery has massively improved too, as you can enjoy music for up to 22 hours, or 40 with the active noise cancelling turned off.

The Beats Studio3 Wireless headphones are a great match for users of modern iPhones missing 3.5mm jacks – you can pair them with any smartphone though thanks to the Bluetooth technology. The Studio 3 is available in multiple colors including red, matte black, white, porcelain rose, blue and shadow grey. They are more expensive compared with the Solo 3 Wireless and they’re bulkier and heavier too – so do make sure you’re aware of this before you buy. 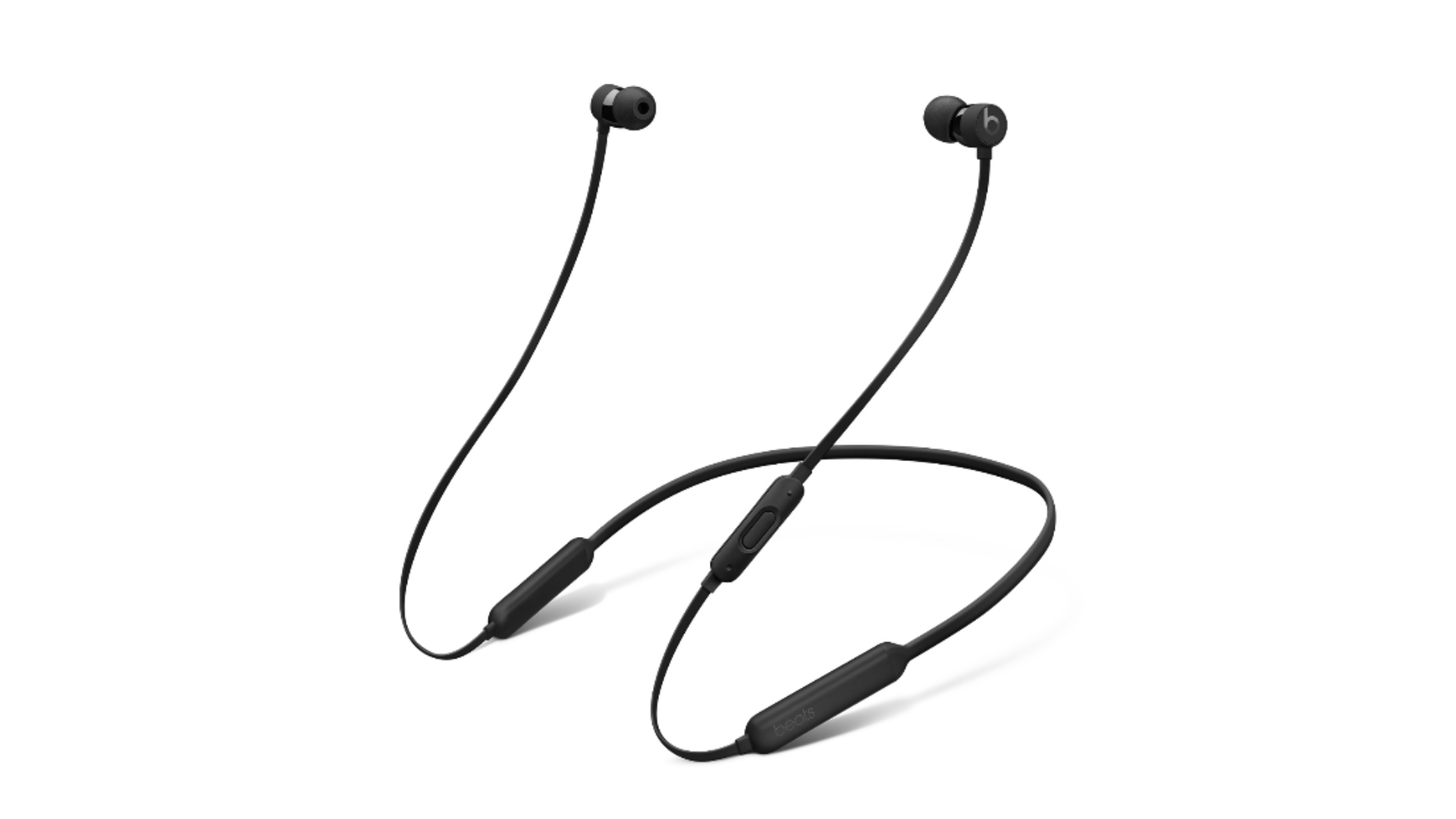 Long after their reveal alongside the iPhone 7, these eagerly awaited in-ear Beats headphones were finally released in February 2017. These wireless headphones are a perfect match for iPhone owners missing the 3.5mm port. We’re particularly impressed by the quick charge feature that gives you two hours of playback from a single five-minute charge. Eight hours from a full charge isn’t too shabby either. 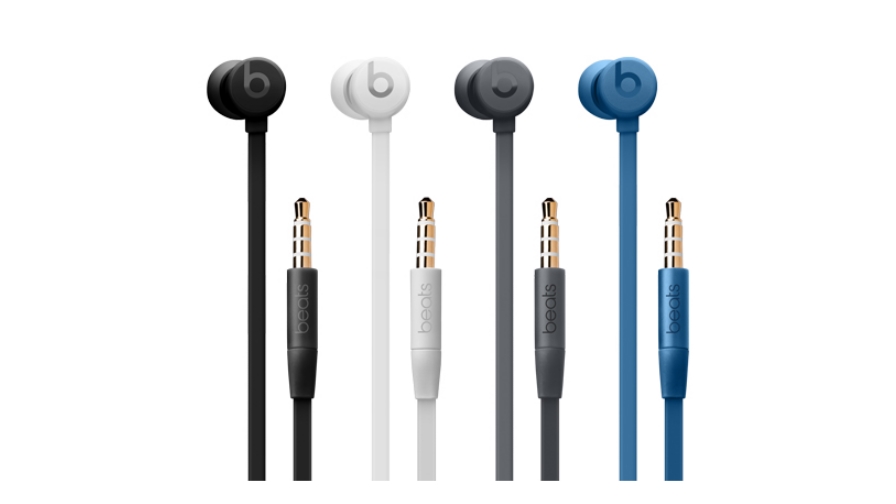 There are two versions of the urBeats 3 in-ear headphones to look out for. One with a Lightning connection for modern iPhones and these ones with the traditional 3.5mm jack. It gets better too, as Beats have released a few newer in-ear options since the urBeats 3, meaning the prices has come tumbling down in recent months, making these the cheapest Beats on the market. They’re not the best Beats on the market, although the bass performance is impressive from such small buds. 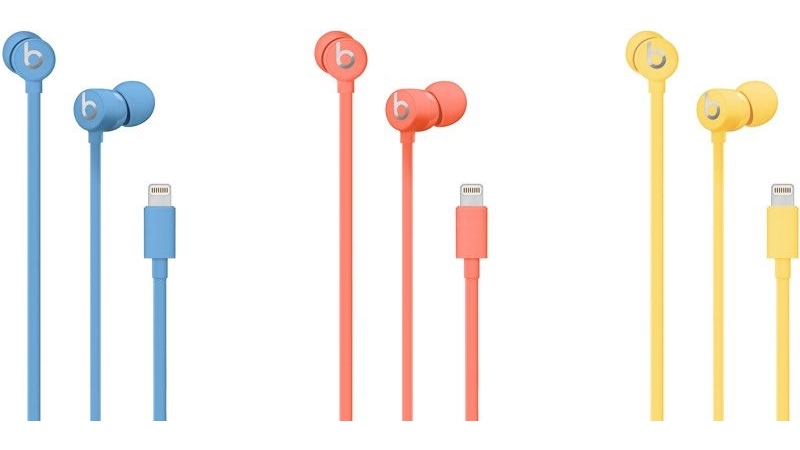 The earphones themselves are the same as the ones above, but they come with a Lightning connector on the end instead of a 3.5mm jack. This is ideal if you want something to use on a modern iPhone or MacBook as we’re seeing those items ditch the old headphone port nowadays. The urBeats 3 with Lightning connector is one of the cheapest in the Beats range too, often with massive discounts compared to the original launch price. They do generally cost a touch more than the 3.5mm versions though. 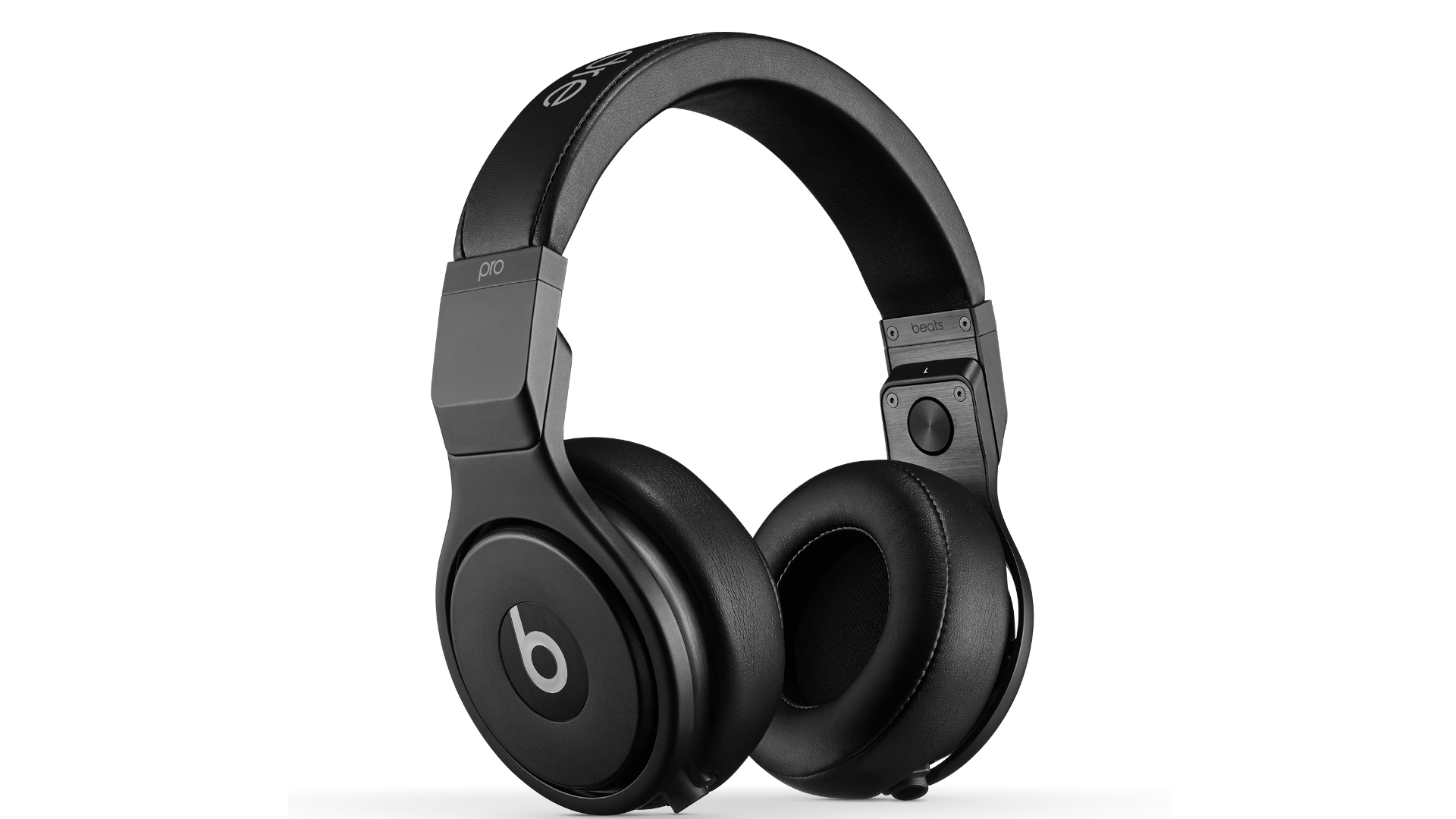 The Beats Pro over-ear headphones aren’t as appealing for day-to-day use as they used to be thanks to the latest Solo 3 and Studio 3 lines offering a better overall experience, usually for less money too. This model is consequently no longer in production. But if you’re looking for some big, beefy, bassy Beats headphones to use as a DJ or for listening at home they excel in loud environments. The metal frames are incredibly durable too as the rest of the Beats line favour plastic designs. 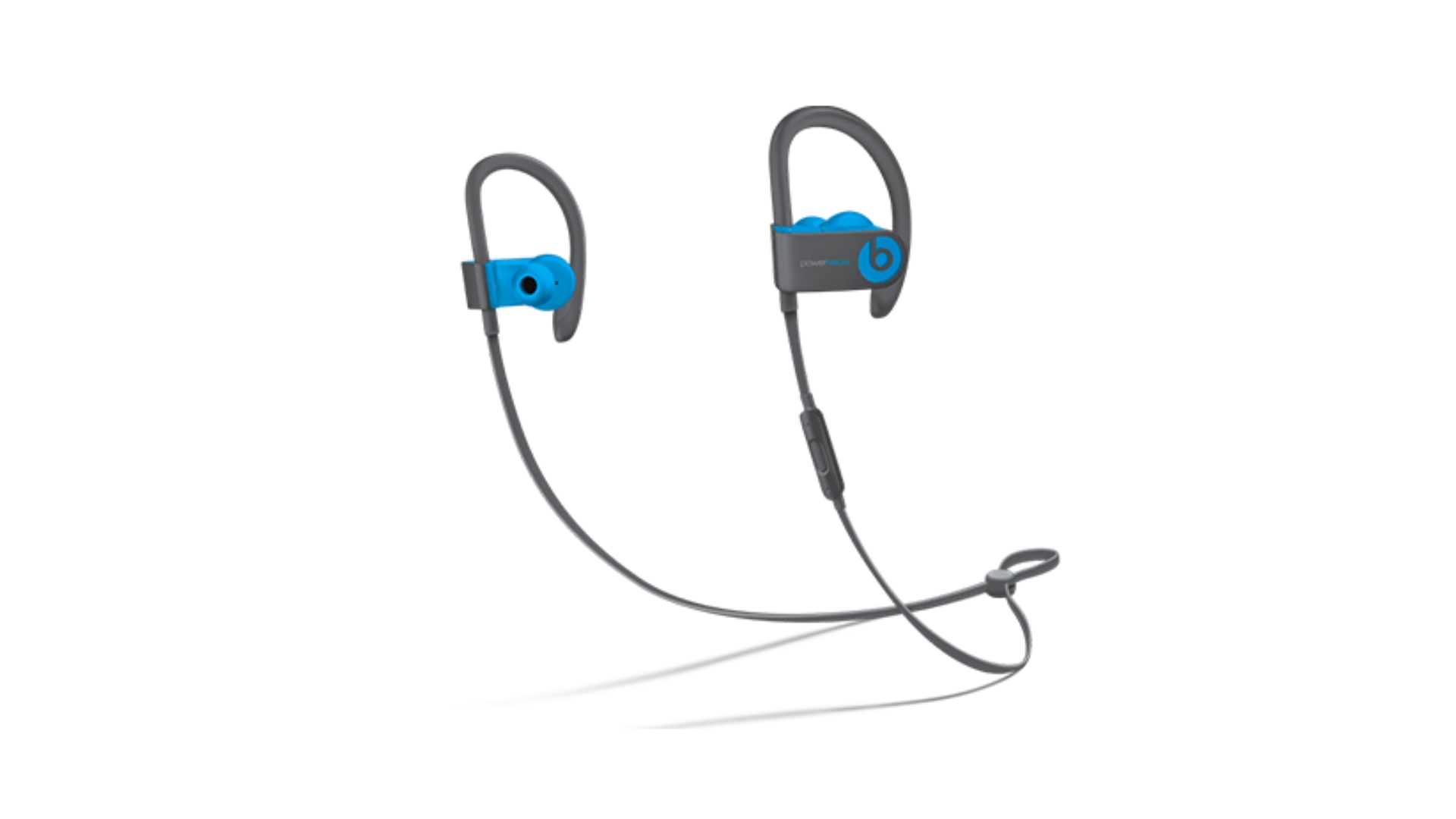 Do you lead an active lifestyle that requires the lightweight feel of in-ear headphones without the massive cans on your head? Then the Beats headphones range has you covered for that, too, because of not all models about that authentic studio design. With an improved 12-hour battery life, you’re all set for multiple workouts packed with hours of adrenaline-pumping tunes.

If you’d prefer a true-wireless upgrade though, then you may want to consider the new PowerBeats Pro that we mentioned earlier in this article.

The Beats EP headphones are the cheapest on-ear headphones in the Beats by Dre lineup and are a fine place to start if you’ve had your eye on the colorful stylings for a while. They’re wired via a 3.5mm jack, but at least you’ll never have to worry about them running out of battery juice.

“The Shadow Scholar”- The Confession of an Academic Ghostwriter

Compelling Features Every Dating App Should Have