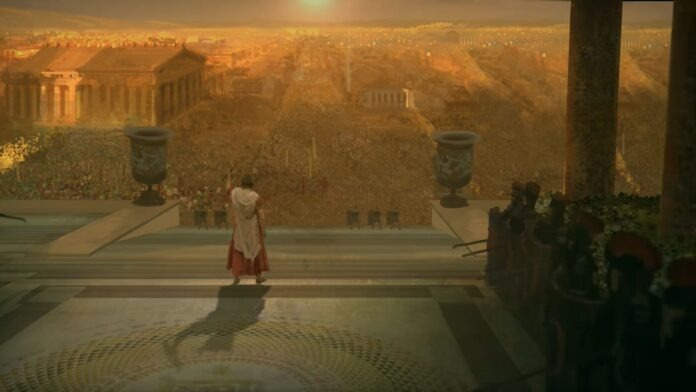 After more than 13 years in hibernation, the Age of Empires series is coming back for its fourth outing. In August 2017, publisher Microsoft Studios announced that Age of Empires 4 was alive and kicking and that it was being developed by Relic Entertainment, the team behind Homeworld and Company of Heroes (which is a hell of a lot of pedigree).

It’s not been until the tail end of 2019 that we’ve finally learned more about the game (and even then we’d still love to know more) but we feel like we can finally get excited about the next installment in the Age of Empires series. Read on to find out everything we know so far!

What is the Age of Empires 4?

Age of Empires 4 is the latest installment to the historical real-time strategy series Age of Empires, which began life way back in 1997.

Follow-ups to the original were released in 1999 and 2005, and there’s been a couple of spin-offs during that period, including two Nintendo DS titles and the popular Age of Mythology, which took inspiration from myths and legends rather than history. Aside from those DS games, the series is only on PC.

Age of Empires 4 is the first game in the series developed by Relic Entertainment – all the other Age of Empires games have been made by Ensemble Studios, which folded in 2009. Relic says it wants to “fuse historical context with deep strategic gameplay, and to bring this franchise back to the forefront of gaming and into the hands of its beloved community”.

Unfortunately, no release date has been announced for Age of Empires 4 – not even a rough one. It could be a way off though because all we’ve seen of the game is a trailer filled with concept art in 2017, which suggests that at that point development was in its early stages. Even in 2019 the game still isn’t far enough into development to give a rough launch window—we’re looking at 2020 before some kind of announcement.

What platforms will Age of Empires 4 release on?

So far, all we know is that it’s coming to Windows 10 PC – so bad luck if you’re running an older version (although this could be a good excuse to upgrade). However, with Microsoft Studios as the publisher the door is open for a release on Xbox One.

Nothing is certain in that department but in an interview with Stevivor Microsoft’s Shannon Loftis and Adam Isgreen said that while the team’s “number one priority is to make it work great with keyboard and mouse” they’re still going to “explore our options … Once we have a wonderful PC game, then we’ll start looking at other ways that we can show up.”

That’s not a solid commitment to an Xbox release by any means but it makes it at least slightly more possible that we could see the game come to Microsoft’s console further down the line. Don’t expect, however, to see it on PlayStation or Nintendo Switch.

Earlier in 2021, we got to see gameplay footage and a look at various civilizations through the Ages at a dedicated Fan Preview event.

XO19 finally brought us a gameplay trailer for Age of Empires 4 which showcased a beautiful and colorful Medieval world.

The announcement of the game was marked with a trailer – and it’s still the only one we’ve seen to date. It’s exclusively concept art for the game, depicting large scale battles between various groups. Check it out below:

Age of Empires 4: news and rumors

Fewer Civilizations than Age of Empires 2

Despite this lower number, it seems that the game’s developers are aiming for depth and uniqueness with each one which should make things more interesting.

No to microtransactions, yes to DLC

In an interview with PCGamesN, Age of Empires 4’s Creative Director, Adam Isgreen, has said that the game won’t feature microtransactions. “The idea of microtransactions in a real-time strategy game isn’t a thing,” he says, “DLC, expansions – all of that is things that we’re going to be exploring for Age 4.” Any expansions will be worked on by World’s Edge studio.

It will bring about some modernization

Age of Empires 4 may be set in Medieval times but in an interview with GamesRadar, Creative Director, Adam Isgreen, said that he and his team are looking at the game as “a fresh start” which will allow them to “modernize the series” and “do things differently”.

That said, it won’t be so different that it won’t be immediately recognizable as an Age of Empires game—Isgreen made it clear that they want to “do right by the players” and really keep the spirit of the series. But given it’s been 13 years since the last new game in the series, a few things have had to be done to bring it into the age of modern gaming. According to Isgreen, they’re “doing things that no other RTS game has done before”.

Nothing has been revealed about the civilizations that will feature but there is some intense historical research going on to make those involved in the game more authentic.

After missing E3 2019, Age of Empires 4 finally made an appearance at XO19 in November with a brand new gameplay trailer. This trailer confirmed that the game is to be set in the Medieval period and it looks set to be a more detailed and colorful game world than we’ve ever seen from the strategy series. We don’t know which civilizations will appear in the game just yet, though the trailer does at least reveal the Mongols and the English. It could be worth intense study to glimpse hints for more.

After Age of Empires 4 was announced at Gamescom in 2017, everything went somewhat quiet until 2019. Those who were hoping to see some kind of update during Microsoft’s E3 press conferences for 2018 and 2019 were left disappointed too. However, shortly after E3 2019 in an interview with PC Gamer Phil Spencer confirmed that the game is still making progress and that more news would be revealed in 2019.

Spencer didn’t give much away but he did say that Relic is making “good progress” on Age of Empires 4 and that they’ll be ready to “talk about it more this year” when it’s in “the right context”.

After learning more about the game at X019, Microsoft again went somewhat quiet on Age of Empires 4 during 2020 as a result of the global pandemic slowing down game development as a whole. In 2021, the team at World’s Edge shared a Fan Preview event, showing gameplay and more, alongside a Fall 2021 release window.

Previous Age of Empires games have focused on one period of history: Age of Empires 3 chronicled the European colonization of the Americas, for example.

However, judging by the trailer above, Age of Empires 4 could paint with a broader historical picture, with lots of empires from across time returning from previous games in the series.

In the trailer, you can glimpse Native Americans, British Redcoats, Romans and Japanese samurai. It’s possible that this could just be demonstrative of the art style and themes, but we’d be surprised if they didn’t end up featuring in the final game in some capacity.

That said, it’s unlikely to break history by pitting armies from two eras against each other in the campaign, so expect a story that plays out over an extended timeline. And then perhaps the Romans could clash with the Redcoats in online multiplayer.

In terms of actual gameplay, we wouldn’t expect it to deviate too far from the formula that fans of the series know and love – it would be odd for the developer not to mine that ore of support. So, there will be the usual 4X fare (explore, expand, exploit and exterminate). However, the last Age of Empires game was more than 10 years ago, so we’re expecting some changes in terms of UI and mechanics.

Age of Empires 4: what we want to see

The Age of Empires games have always had decent UIs – most of the stuff you need is two or at most three clicks away and, generally, if you hover over a button you can find out what it does. But going back to it now, it looks a bit old-fashioned, with a large box covering most of the bottom section of the screen, and can be overwhelming at first glance.

If the series is going to attract new players (and the more the merrier) then the UI needs to be sleek and inviting. Age of Empires Online, another spin-off, might perhaps be a good guide: that game had much less on-screen at any one time, allowing you to see more of the battlefield. Smaller, contextual menus that only appear when you click on certain elements would work well.

The Age of Empires games do boast military tactics, and the positioning and stances of your units can turn a battle. But largely, fights are won by the biggest army, and they are over quickly. We’d like to see tactics play a bigger role in battles, and for it to be easier to make small adjustments to groups of units so they do exactly what you want.

There’s hope here: Relic has a lot of pedigree in this field. Imagine Age of Empires with Company of Heroes-style unit movement when you got close to an enemy’s base. That’s not what Relic will be shooting for (this is about clashes of large armies rather than small strike forces, after all), but we’re confident it will be more finessed than anything else we’ve seen from the series so far.

Age of Empires revels in its smaller scale. You start with a town hall and build out from there, never really expanding beyond a single settlement. Rise of Nations, also published by Microsoft, could be a good yardstick for how the game should expand; in that game you could build multiple cities and combine them into large territories.

If you apply that to Age of Empires then you get multiple hubs of production: one town could focus on food production, and transport the finished product to another nearby town, which is itself churning out military units. Planning out the structure of your empire, rather than just a single city, would add another layer to the game.

Operating Systems: Our Choice of the Best Alternatives 2019

Best laptop for writers, authors and journalists in 2021