CyberiansTech
Home Laptops & PCs Components the best SSD is available with a heatsink I might actually use... 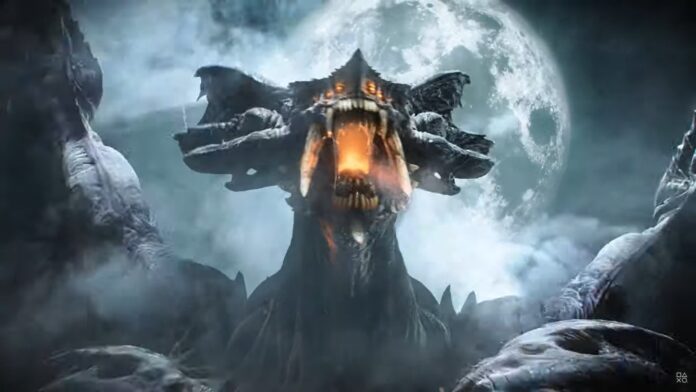 No matter how awesome the PS5 is, and how fast we keep hearing the SSD is, it’s incredibly small. There are so many games that I want to play on PS5, even though I always have access to the best gaming PC money could possibly buy due to my job.

But there’s just something special about the PS5 UI and the trophy system in particular that I’ve always just kind of loved. But that tiny SSD has kept me from really messing around with the PS5 as much as I would like to, and way less than I did with the PS4 when it came out.

Luckily, Sony finally released the update that lets you install your own PCIe SSD a few months ago, and I finally had the time to plug in the Samsung 980 Pro.

Now I’ve had one of these drives lying around for a while, ever since I reviewed it, but because the drive launched without a heatsink, it wasn’t exactly ideal to shove into the PS5. But Samsung sent me the 980 Pro with a heatsink, and now I feel like I finally have license to use the PS5 in the same way I use my PC: constantly jumping between games and never finishing anything.

When I went through the long process of buying a PS5, I did it for the express purpose of playing Demon’s Souls and Demon’s Souls only, after finding out that for some reason it wasn’t coming out on PC – I’m still upset about that, by the way.

But after beating it, I started installing a bunch of other games just to see how much the new hardware boosted loading times and graphics, because deep down I’m never satisfied leaving anything alone.

That drive is so small, though! Some of my favorite games of the last generation that have got PS5 patches are big enough that the measly 625GB of usable space gets eaten up incredibly quickly. Final Fantasy 7 Remake Intergrade, for instance, is 90GB and Ghost of Tsushima is around 60GB.

That’s 150GB out of the usable 625GB of space just gone. It’s made me really hesitant to download and install games, and is the reason I still haven’t installed Spider-Man: Miles Morales, even though it came with my PS5.

I know I could just uninstall games from the SSD, and I’ve done that – I had to push myself to uninstall Demon’s Souls after I beat it. But while I don’t like uninstalling things in the first place, it’s also just kind of a pain to do it.

You have to navigate from the main library page, go to Storage, click into Games and Apps and then select the games you want to uninstall. You can individually hit the options button, then delete an individual game from the main menu, but even that is a little unintuitive.

Perhaps I’ve just gotten spoiled by PC gaming. SATA SSDs are cheap enough now that I honestly never delete anything. I don’t have a single drive from “work” in my personal machine, and I have 3 1TB SSDs.

There have been times where I’ve just wandered into Micro Center in Brooklyn and walked out with an SSD because it was on sale for like $100 and I remembered I was running low on storage back home. And now they’re even cheaper.

That’s obviously something I can’t really do on a PS5, because there’s only one NVMe slot that’s user-accessible and the drives that it supports are, uh, really expensive. But at least I can digitally hoard some games now, even if it’s not to the same ridiculous extent that I do on my main gaming platform.

So, obviously because I’ve installed so many SSDs in my life, installing the SSD in the PS5 would be a breeze and I wouldn’t accidentally hit myself in the face, right?

Well that’s what I thought too until I actually sat down to shove the Samsung 980 Pro inside Sony’s plastic machine. Instead of doing the reasonable thing and assembling the PS5’s outer shell with screws like a sane designer would do, it’s instead fastened with this weird plastic mechanism that means you have to both pull on the plastic and try to slide it backwards at the same time to open up the PS5.

Maybe I’m weak (I am) but this took me like 15 minutes to do. I’m not proud of it but while I totally understood how the mechanism worked, it took forever to actually get the thing off. I thought I was going to break it, but luckily I didn’t. And for the record, I only hit myself in the face once.

Once you’re in there, it’s easy to find the SSD bay and install the 980 Pro, especially if you’ve installed 5 billion of them in the last year alone like I have.

I just want to know why. And this is directly to Sony. Why did y’all think it would be a good idea to have a flimsy plastic attachment that someone will absolutely snap off on accident (not me, luckily), rather than just attaching it with screws like the best gaming laptops do it?

Why is it easier to install an SSD in a gaming laptop than a console that’s marketed to people that don’t want to deal with a gaming laptop? Make it make sense.

It’s not just me, I swear

While I might just be being overdramatic about a video game console here, I feel like the need to delete games and only have a small number of games installed kind of goes against everything that is best about the PS5 in the first place. The fast SSD makes it quick and easy to switch between games on a whim, which is something I do whenever I die.

When you can only have like eight games installed at any given time, rather than the 30 I have installed on my PC,  that severely limits how many times I can senselessly jump around titles. This does mean that I never finish anything, but just be honest with yourself for a moment: how many games do you really finish these days anyways?

Having more space just means I’m going to be more willing to experiment with less popular and more experimental games more often, rather than just sticking with the big-budget AAA games I begrudgingly buy so I know what people are talking about.

Maybe that means I’ll finally start downloading games from PlayStation Plus again, because I know I haven’t even added a single one to my library since I’ve bought the new system.

Basically, the Samsung 980 Pro has made me infinitely more likely to play the PS5, the only crappy part is that it comes with an extra $249 (£211, AU$338) price tag. But hopefully now that Alder Lake supports PCIe 5.0 drives (even though there really aren’t any), the price for PCIe 4.0 drives will start to come down.