CyberiansTech
Home Tablat Samsung Galaxy Tab A8 announced as an affordable alternative to the Galaxy... 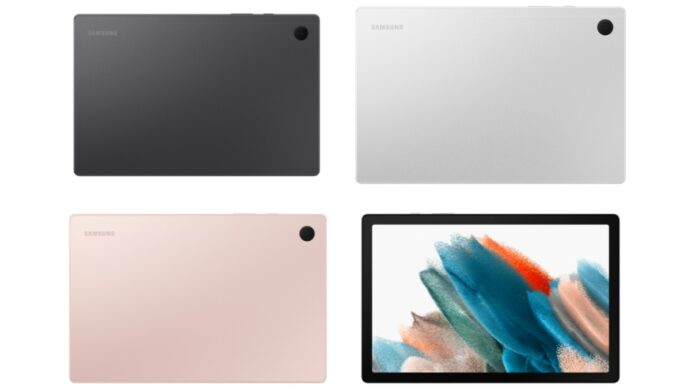 This slate has a 10.5-inch 1200 x 1920 screen, four stereo speakers with Dolby Atmos audio, a 7,040mAh battery with 15W charging, an 8MP rear camera, a 5MP front-facing camera, and a 2GHz octa-core chipset. Samsung hasn’t named the chipset, but it’s apparently 10% faster than the one in the Samsung Galaxy Tab A7.

Other specs include Android 11, a 3.5mm headphone port, a microSD card slot, and optional LTE connectivity, with the Samsung Galaxy Tab A8 coming in three configurations – one with 3GB of RAM and 32GB of storage, one with 4GB / 64GB, and one with 4GB / 128GB. You can choose between gray, silver, and pink gold colors.

The only big question that remains is how much the Samsung Galaxy Tab A8 will cost; Samsung hasn’t revealed pricing yet, but with these specs, we’d expect a mid-range price at most, and likely a low-end one.

We should find out soon though, as the slate is set to go on sale in parts of Europe before the end of December, with the US getting it in January.

Analysis: a tablet designed for almost everyone

It seems the Samsung Galaxy Tab A8 is built for almost any type of user. Samsung claims that it’s optimized for entertainment, streaming and online learning needs, and with a big screen, quad speakers and LTE support it should certainly fit the bill, but its use cases don’t end there.

Its split-screen features should make it a useful slate for multitasking and productivity too, while its Samsung Kids mode makes it viable for children to use, offering interactive educational content and parental controls.

That said, this won’t quite be a tablet for every type of user. It’s likely to lack the power for high-end games or other demanding tasks, such as video editing, and there’s no mention of a keyboard or stylus accessory, which will limit its creative and productivity applications. It also doesn’t appear to support DeX, Samsung’s system for easily linking devices to a larger screen.

For anyone who needs such functionality, a tablet in the Samsung Galaxy Tab S8 range is sure to be a better buy – although it’s also sure to cost a lot more.