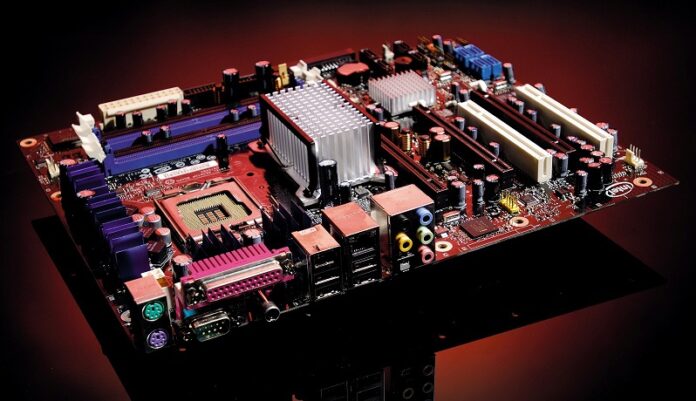 The curse of being a PC gamer who loves building and upgrading your computer is that you’re obsessively keeping an eye on the latest components and thinking about how to cram them in your rig.It doesn’t matter if your gaming PC is incredibly powerful already, booting Windows 11 in seconds and playing any modern game with ease. There’s always going to be something that’ll come out that’s better than what you’ve currently got, which can make your PC that little bit faster.

While we’d all love to constantly upgrade our machines like an ever-evolving RGB-lit Frankenstein’s monster, as we all know, the real world sucks, and there are certain realities that can kill this dream: money and hardware.

While upgrading your PC is certainly cheaper than buying or building an entirely new one, it can still be an expensive endeavor, especially when swapping out certain components. Your budget, then, can limit your upgrading ambitions.

Then there’s the hardware. After a while some of your essential components will become outdated, and unable to support the latest technology, which limits what you can upgrade. This means making upgrades to core components, such as the motherboard and CPU, that can be far more expensive and time consuming.

This is the position I’ve found myself in. My main gaming rig remains an absolute beast and I have absolutely no issue with its performance. But… I am also a sucker for new hardware. I have several SSDs installed, two speedy M.2 PCIe 3.0 drives, one for Windows 11 and intensive apps, and the other for game installs.

I also have a larger SATA III SSD for storing files, lighter apps and generally anything that doesn’t need super-speedy file transfer speeds, due to SATA III being a lot slower than PCIe 3.0.

This setup has worked pretty well for a while, with Windows 11 loading in a few seconds, and games generally starting up quickly as well.

However, as is always the way with PC gaming, there’s a few annoying quirks, and also room for improvement.

For some reason, both Steam and the Xbox Game Pass on PC no longer let me install games on the M.2 SSD. It’s a particularly frustrating state of affairs, and I’ve tried a few things to fix it. It seems like the only option would be to format the drive, but the problem there is that other apps, such as Ubisoft Connect and Epic Games Store, have no issue with it. Formatting it would mean having to redownload a lot of games.

Another issue is that at 1TB, it’s starting to fill up. My options, then, are to install games on the slower drive (no thanks) or start filling up my boot drive with games (eew).

Or… I could install a new drive.

Obviously, that’s the route I decided to take. However, this is where the hardware limitations I spoke about earlier come into play.

I’d been eying up the speeds of the new breed of PCIe4 M.2 SSDs that promising incredibly high speeds of 7,000MB/s. These drives are transforming the way many people play – and design – games. The PS5 has been built around having a speedy SSD of that quality, and an increasing number of games are now being designed with those kinds of speeds in mind.

However, my rig has the Intel Core i9-9900K, a fine 9th generation processor, but it is limited to PCIe 3.0. A quick benchmark of my current gaming M.2 drive gives me speeds of 3,402MB/s read and 3,319MB/s write. Sure, that’s not bad, and it’s much faster than any SATA III drive would be (they top out at around 600MB/s – see why I wouldn’t want to install a game on that?), but it could be faster.

Of course, with my current hardware setup, PCIe 4.0 drives are out of the question, unless I upgrade both my CPU and motherboard. That’s not just an expensive upgrade, but an absolute pain as well. At that point it’s almost worth just buying a new PC.

So, was I out of luck? Actually, no. Western Digital have a rather unique product that could help solve my issues…

The power of RAID

Enter the WD_Black AN1500 SSD add-in card. Looking a bit like a slim graphics card with no video outputs, the AN1500 pops into an empty PCIe slot, and promises speeds close to that of a PCIe 4.0 SSD.

How does it do this? Well, within the metal chassis of the AN1500 are two WD SN730 NVMe SSDs set up in RAID 0 with an enterprise-grade controller. Unlike some types of RAID configurations where several drives are used together as backups, RAID 0 is all about speed.

Essentially, the AN1500 uses RAID 0 and two SSDs to split data into blocks (also known as ‘stripes’). These stripes can then be simultaneously written and read to the SSDs, drastically speeding up the performance of the drive.

This is how the AN1500 offers much faster drive speeds, but there are drawbacks, primarily with price. Although the AN1500 comes with two SSDs (in the case of the model I’ve got, each is 2TB), they are used as a single drive, so you don’t get 4TB of storage, you get 2TB.

That obviously adds to the price, and the AN1500 is definitely an expensive addition. However, it’s still cheaper than replacing the CPU and motherboard of a PC.

Installing it is also very easy. I love M.2 drives, but they are often located in difficult places to reach on the motherboard – sometimes even on the rear side. This can make installing them tricky if the motherboard is already in the PC case.

PCIe slots are much easier to reach, though due the GPU I have installed, the Nvidia RTX 3090, being SO HUGE, there was still a bit of fiddling about. The WD_Black AN1500 SSD has a PCIe 3.0 x8 interface, so you need to make sure you don’t put it into a PCIe 3.0 x4 slot, which some motherboards have. If you do, the SSD will still work, but performance is impacted.

With the slick design and RGB lighting, it looks  great installed alongside the GPU, and when I powered up my PC I ran a quick benchmark to see how it performed. The results were impressive, with read speeds of 6,154MB/s – twice that of my other SSD, and a write speed of 4,441MB/s.

I also wanted to try out a game on it, so I moved Far Cry 6 over. On the older SSD, it took 1:03.97 (one minute, three seconds) to load the game and get to the main screen (skipping the opening cinematic).

On the new drive, it took just 58 seconds to load. Not a huge difference, and loading into the actual save game took around the same time, 10 seconds. But in a large open-world game, the WD_Black AN1500’s faster speeds allowed for faster texture streaming, which led to less pop-in of surfaces and textures when traversing the world.

It’s still early days with the drive, but already I’m impressed. I’m looking forward to trying out more games on it, and so far it feels like it’s given my PC a new lease of life.