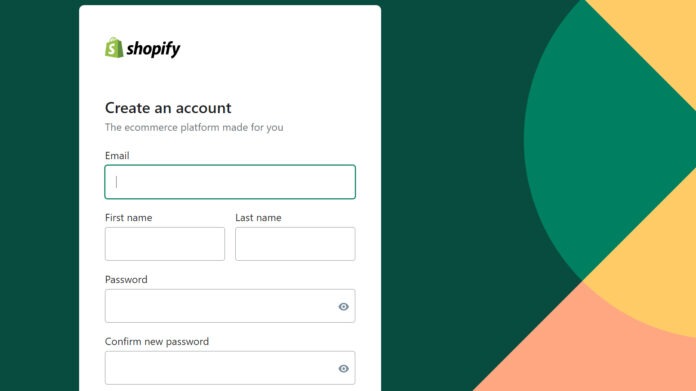 With the new normal changing the course of shopping these days, we’ve come to appreciate online purchases even more. That’s thanks to businesses who have made it a point to accommodate more and more individuals shopping for their groceries, tech needs, and even accessories and garments via the web.

Whenever businesses make the decision to go online, the challenges always start with the question: which eCommerce platform will best address your business needs?

Enter WooCommerce and Shopify, two of the biggest names in eCommerce you’ll come across in your search for the best eCommerce platform in the market today. In this article, we’ll compare these two eCommerce giants and have a closer look at their main similarities and differences, aimed towards helping you make an informed decision before taking your first step.

Both WooCommerce and Shopify prove to be scalable platforms for online businesses, offering control over customization, and various plans and pricing to suit your budget and features that allow businesses to have a fantastic-looking site to feature their products.

In addition, both WooCommerce and Shopify give the users total control of their inventory, which is especially useful if they have product variations and a huge inventory of supplies to track.

When it comes to differences, it is most noticeable that WooCommerce has flexible pricing options, whereas Shopify’s plans are more fixed. Although Shopify’s prices can be a little steep, it does, however, offer advanced features when users subscribe/upgrade to the plans. WooCommerce is offered for free but if users wish to use features, there are extra fees.

To start using Shopify, it’s as easy as logging on to www.shopify.com and signing up. Users will be guided by a setup wizard throughout the process to make it even easier. Next, users will have to answer a series of questions including the nature of the business, and the design preferred. From here, users will be directed to their dashboard where they can start creating their eCommerce site.

On the other hand, although WooCommerce is just as easy to set up, it is actually a WordPress plugin. Unlike Shopify, a little more backend knowledge can go a long way with WooCommerce. But no matter how difficult it may seem to first have to find a hosting platform and acquire a domain name before working with WooCommerce via a WordPress account, it’s not at all that bad.

Since starting an online store requires an investment, it’s only natural for business owners to look where they can get more bounce for the ounce. Let’s take a look at the differences in pricing between WooCommerce and Shopify.

Shopify has premium themes as mentioned above, and these themes start at $9 per month for the Lite plan. The next plan,  Basic Shopify, goes for $29 per month, followed by the plan called Shopify, which is offered at $79 per month, and finally, the highest tier called Advanced Shopify, which goes for $299 per month. Some of these prices may seem steep, users are almost certain they will eventually earn them back in revenue since they’re paying for premium features to make their site look stunning.

Users may find WooCommerce a less expensive option, but with the downside of having to set up and manage their stores, which also costs money. In essence, with WooCommerce it’s not a one-off payment but will cost the same, if not more, in the long run. Some of the extras users will have to pay with WooCommerce, despite it being a free software, are hosting, domain, security, and other management and extension fees.

Apart from a fully customizable eCommerce site, Shopify’s other features include product inventory, sales channels, third-party shipping apps with automated fulfillment, unlimited bandwidth, and support for all payment gateways that we know about.

As an open-source platform, WooCommerce’s features are slightly different than those of Shopify’s. Their features are often offered via extensions and plugins that users can add to their accounts. Since it runs on WordPress, WooCommerce is a great platform for SEO. It also has a dashboard where users can add sales orders, highlight their top products, and more. There are over 400 extensions available on WooCommerce.

Since WooCommerce is a WordPress plugin, security measures are known to be built into the system. That said, users still need to keep their data secure. These include going with a trustworthy hosting platform that offers SSL certificates, attack prevention and monitoring, a server firewall, support access, and PHP and MySQL that are current and up to date. Other layers of protection include two-factor authentication and apps and extensions that offer additional layers of security.

Similarly, Shopify also offers two-factor authentication as an added layer of protection, but it also comes with more security features than WooCommerce. There’s also protection from malware and phishing and the use of Transport Layer Security (TLS) that secures communications done over the Internet.

Shopify is known for the premium customer support service they make available 24/7/365. Any issues, questions, and even technical difficulties can be addressed in an instant, and Shopify goes the extra mile by offering native support in several different languages. Shopify’s support team can be reached via live chat, phone, email, and even Twitter.

Although not as straightforward as Shopify, WooCommerce also does offer tons of help via WordPress forums, being a free plugin for WordPress. That said, users who prefer having someone talk them through solutions via phone or chat won’t be finding that kind of support with WooCommerce, but forums often provide most of the help users need.

WooCommerce comes in strong with its wide variety of useful and beautiful themes and plugins, allowing a user’s creativity to flow… the sky’ is the limit. When a user is willing to put in the hours, they can expect a fantastically designed site that is superior in aesthetics and functionality.

Like WooCommerce, Shopify’s visual design is also of superior quality. With ten free templates, a user can start creating a beautiful website in no time. For users who are open to acquiring paid themes, there are over 40 more to choose from, each with unique features. Shopify’s themes are professional-grade and can provide a seamless experience for modern shoppers because of their sleek and clean designs.

Other things considered such as security, customer support, ease of use, and features, Shopify does get more stars than WooCommerce, especially for new business owners who neither have the time to spend in learning the ropes and set up, nor the experience to know exactly what is going on, and not require help in the process.