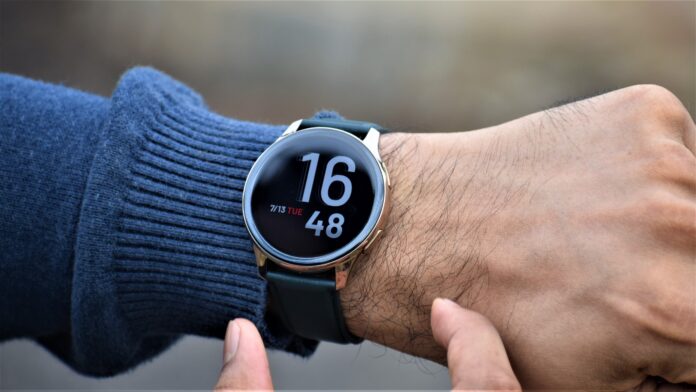 It was the year that life was supposed to start getting back to some kind of normal following a pretty horrendous 2020. But it’s fair to say that it hasn’t quite worked out like that in 2021, although normal service largely resumed in the world of wearables as new smartwatches and fitness trackers were fired out onto the market in regular fashion from the biggest names in the business.

There’s definitely a sense that, with the tech world being hit by supply chain and chip shortage issues, some groundbreaking wearables that should have landed in 2021 have been put on ice until 2022.

That’s not to say we were short of devices in the wearable space to stir some excitement for what could arrive further down the line.

As is customary at this time of the year, we take a look back at the headline-grabbing announcements and news that shaped another packed year for wearables vying to earn a place on our wrists and elsewhere.

With the pandemic still very much in full effect, CES – the place that’s usually awash with announcements – didn’t really deliver a huge flood of new wearables to get excited about.

We saw a new hybrid smartwatch from Fossil Group brand Skagen, along with an LTE version of its Fossil Gen 5 Wear OS smartwatch, while Zepp (formerly known as Huami) rolled out yet more smartwatches. It added the Amazfit GTS 2e and GTR 2e to its already extensive collection of devices. Those announcements aside, it was a quiet show for wearables.

Outside of CES, Garmin announced the Garmin Lily at the start of 2021, a slender hybrid smartwatch designed for women. That model was joined in February by the Garmin Enduro, a multi-sports watch made with endurance athletes in mind that offered big battery life and software features built for ultra-runners and cyclists.

February and March were largely quiet months for launches and news, although it’s when we first heard chatter that new Samsung smartwatches were on the way, which might land packing Google’s Wear OS instead of Samsung’s Tizen OS. While this seemed like an odd move at the time, given how more impressive Samsung’s smartwatch platform performed compared to Google’s, this was a story that certainly dominated in 2021.

March was all about the OnePlus Watch, finally landing after years of speculation over whether it was – or wasn’t – in the works. Despite initial rumors that OnePlus’ debut smartwatch could arrive running Google’s Wear OS, OnePlus decided to go it alone and use its own proprietary operating system to run the software show.

Arguably the biggest news to drop in the first few months of the year, though, was that Google had finally completed its acquisition of Fitbit. At this point we began to wonder how long it would take for Fitbit to start influencing Google’s wearable ambitions, firmly putting speculation of a Pixel Watch back on the table – which was also a topic of discussion later in the year.

Heading into spring, there was a lot more happening than in the first three months of the year. In April, the now Google-owned Fitbit launched the Luxe, a stylish fitness tracker that became the first (but not the last) Fitbit this year to feature a full-color touchscreen.

There was launch news from Casio, too, as it rolled out its first G-Shock to run Google’s Wear OS, having previously only featured the smartwatch operating system on its Pro Trek outdoor series of watches.

Maybe Casio should have sat tight, though, since big changes were afoot with Wear OS. At Google’s I/O developer conference in May, we found out about a new version of Wear built by Google and Samsung. This pretty much confirmed that the next Samsung Galaxy Watch would run on the revamped Wear 3.0.

The Fossil Group, another Wear OS hardware partner, also revealed it was working on a smartwatch that would be built on this new Wear platform. However, at the same time the company dealt a blow to current owners of its smartwatches by revealing those watches wouldn’t be upgradeable to new Wear.

Huawei got in on the launch action, too, when in June the brand officially unveiled the Huawei Watch 3 – its first smartwatch to run on its own HarmonyOS platform. Offering a more finessed look than the Huawei Watch 2 and the Watch GT 2, it most notably brought Huawei’s AppGallery app store to a Huawei smartwatch for the first time.

This is the part of the year where things typically start to get busy, and there was certainly plenty new to talk about.

In July, things were quiet on the launch front, but Mobvoi was the first Wear hardware partner to reveal that one of its existing smartwatches would be compatible with Wear 3.0. The TicWatch Pro 3, its flagship smartwatch, would join the TicWatch Pro 3 Ultra and TicWatch E3 watches in getting new Wear in 2022.

Jumping into August, Fossil officially unveiled its Gen 6 smartwatch, having teased earlier in the year that the device would also be joining the troupe of watches to run on Google and Samsung’s Wear. Except that version of Wear wouldn’t land on the smartwatch until 2022.

Fitbit was busy this month, too, announcing the Charge 5 – an update to its flagship fitness tracker. It followed the Luxe with a color touchscreen display, but it also inherited the ECG sensor that previously only featured on its Sense health watch. The latter addition made the Charge 5 the first fitness tracker that was capable of helping to detect signs associated with atrial fibrillation.

Then it was over to Samsung, following numerous leaks, to officially announce the Galaxy Watch 4 and the Watch 4 Classic. This provided us with our first and only look in 2021 at the combination of Google’s new Wear and the best of Samsung’s Tizen.

The Apple Watch Series 7 launched in September, with Apple deciding to make changes on the design front – but it didn’t come sporting the flatter look that had been rumored earlier in the year. We received two new case sizes, more screen estate and a fast-charging feature; but, in fairness, it was a modest upgrade to the king of the smartwatches. Based on what was delivered with the 7, it looks like the Apple Watch Series 8 could be the device that sees more radical changes.

Outside of the big-hitters, Whoop – a favorite of elite athletes – returned with its fourth-generation wearable. Built around sleep and recovery, it added the ability to track blood oxygen and skin temperature to the mix. You even had the option to wear the wearable somewhere other than around your wrist, inside garments such as compression shorts and sports bras.

In addition, Amazon snuck out the Halo View, a cheaper version of its Halo fitness tracker, which came packing a display to show off basic fitness stats; it has clearly been designed to compete with the Fitbits, Xiaomis and Huaweis of this world.

The tail end of the year still saw plenty of opportunity for manufacturers to get in on the launch action – and there was definitely plenty of rumor-mongering, too, about what could be on the way.

First to launch in this period was Motorola, with its Moto Watch 100. Unlike its previous Moto smartwatches, this one didn’t come packing Google’s Wear OS; it came with a proprietary OS on board instead. Zepp also swelled its ranks with three new smartwatches: the GTS 3, GTR 3 and the GTR 3 Pro. The trio signalled the arrival of Zepp’s new OS, which added an app store with the view to offering third-party apps for the first time.

Huawei wasn’t done for the year either, launching the Huawei Watch GT 3 with design elements grabbed from its Watch 3 and its HarmonyOS software. Away from watches, Oura unveiled its third-generation smart ring, building on its sleep and recovery tracking features with an SpO2 sensor plus new women’s health-tracking features, too.

Then there have been the tasty rumors of what’s to come. First, Meta’s first smartwatch, which will allegedly arrive with a front-facing camera – if that solitary leaked image proves genuine. There’s also talk of the Google Pixel Watch, with multiple reports suggesting it could land in 2022, with alleged images from Pixel Watch marketing material also surfacing. This is one rumor we anticipate could run all the way through 2022.