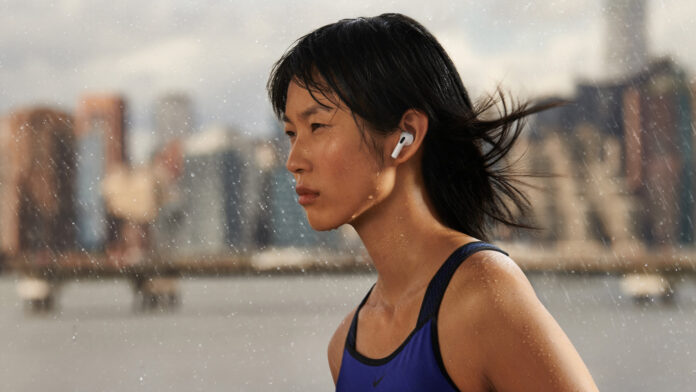 If it feels like you’ve been waiting ages for the AirPods 3 to launch, that’s because… well, you have. We’ve been hearing rumors about Apple’s latest true wireless earbuds pretty much since their predecessors launched in 2019 – and now they’ve finally arrived.

The Apple AirPods (3rd generation) was announced on October 18, 2021, at the brand’s Unleashed event, which also saw new MacBooks and updated colors for the HomePod mini unveiled.

Coming with a bevy of cool new features, including Spatial Audio, custom-built drivers, and longer battery life, the AirPods 3 are a be a big improvement upon the 2019 AirPods.

There are a lot of new specs to get your head around, which is why we’ve put together this quick guide to answer all the questions you may have about the AirPods 3.

So, if you don’t have time to trawl through the AirPods (3rd generation) lengthy spec sheet, read on for the top things you should know about Apple’s new wireless earbuds.

How much do the AirPods 3 cost?

That’s a bit pricier than the AirPods 2 cost when they launched back in 2019, but the new AirPods come with a wireless charging case as standard – that’s something you had to pay extra for with the previous AirPods.

If you’re planning on selling your old AirPods to fund your next purchase, be sure to read our guide on how to reset AirPods.

Do the AirPods 3 come with noise cancellation?

No, they don’t. Unlike the AirPods Pro, the new AirPods probably won’t be able to block out a significant amount of environmental noise.

The passive noise cancellation probably won’t be super effective, either. That’s because the AirPods 3 are designed to rest against your ear canal, unlike earbuds with silicone or memory foam eartips, which sit further into your ears, creating a good seal against the noise of the outside world.

So, if noise cancellation is a dealbreaker, you’re better off buying the AirPods Pro, or looking at other noise-canceling earbuds like the Sony WF-1000XM4 or the Bose QuietComfort Earbuds.

Do the AirPods 3 support Spatial Audio?

Yes – that’s a big selling point of the new AirPods. Like the AirPods Pro and the AirPods Max, the new third-gen AirPods are compatible with Apple’s immersive sound technology.

This technology applies directional audio filters to content in 5.1, 7.1, and Dolby Atmos, making it sound as though music or film soundtracks are coming at you from every angle.

Using gyroscopes and accelerometers built into the AirPods 3 to measure your head movements, the Spatial Audio tech then ensures that the sound is always coming from the correct direction.

Can I still buy the AirPods 2?

Yes, you can – the 2019 AirPods haven’t been discontinued. Instead, they’ve been given a permanent price cut, making them an appealing option for anyone on a strict budget.

You can still buy the Wireless Charging Case separately for $79 / £79 / AU$129 – but now that the bundle is no longer available, this is more expensive than just buying the new AirPods 3.

What is the difference between the AirPods 2nd and 3rd generations?

While they look similar, there are lots of differences between the AirPods 3 and their predecessors.

Firstly, they come with a new design that looks more similar to the AirPods Pro, with shorter stems that feature force sensors you can squeeze to control your music and phone calls. The AirPods 3 also sport an IPX4 water resistance rating, making them for suitable for use while working out, and a skin-detect sensor that automatically stops your music when the AirPods sense that they’re not in your ears.

They also contain new drivers, which are designed for low distortion, as well as support for Spatial Audio – and overall they offer a much better audio performance as well. Unlike the AirPods (2019), the new AirPods come with Adaptive EQ, which tailors the sound of your music based on how they fit in your ears.

While the 2019 AirPods offered 24 hours of playback in total (that’s about four from the earbuds and a further 20 hours from the charging case), the new AirPods 3 offer a 30-hour max battery life (though that drops back down to 24 if you’re using Spatial Audio). They also come with a wireless charging case (that’s MagSafe-compatible), which is something you had to pay extra for with the AirPods 2.

Which are the best AirPods?

Even though the AirPods 3 are excellent, our pick for the best AirPods is still the AirPods Pro, which offer great audio performance, a secure fit, and good noise cancellation.

Still, the AirPods 3 come with superior battery life (30 hours as opposed to 24 hours), and they’re cheaper, too.

While the AirPods Pro is the current best all-rounders, the AirPods Max are the best Apple headphones when it comes to pure audio quality. These over-ear headphones boast an incredible soundstage, as well as a unique design that sets them apart from other wireless headphones.