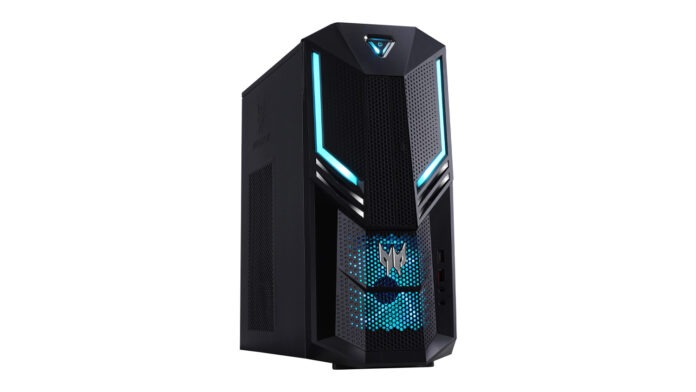 Don’t knock the best budget gaming PCs until you try them. Yes, top-of-the-line hardware is best when you’re playing the best PC games. However, you don’t need pricey graphics cards and processors – and therefore, the most expensive gaming PCs – to have a fun and immersive gaming experience. Sometimes, the most economical option is more than good enough, especially if you’re on a budget.

The best budget gaming PCs should get you through even the most demanding games. You might not be able to game at the highest settings or at the highest resolution, let alone play with ray tracing on. However, a modest machine should be able to see you through 1080p and 1440p gaming. Something like the Dell D5, for example, will deliver great 1080p gaming while costing you less than $1,000/£1,000, which gives you money to splash out on a seriously impressive gaming monitor.

When looking for a gaming PC, consider one with capable yet affordably-priced components from the AMD Navi, Ryzen 3nd Generation, and Intel Comet Lake. These are the best budget gaming PCs 2021 has to offer.

Affordable gaming at its best

Although the Acer Predator Orion 3000’s higher configurations are out of most budget gamers’ price range, its base configuration is very much accessible, sitting at under $1,000. There’s still very much to love here, however, that GTX 1660 graphics card is still an excellent 1080p gaming contender even in the RTX 3000 world. Its RGB lighting and cooling solution only add to its value.

If looking good matters to you as much as power, then you might love the MSI Trident 3 9th, especially if you’re partial to a gaming-leaning aesthetic. It’s not all looks either. This small gaming PC touts plenty of power under the hood for less than its rivals, with 9th-generation Intel Core processors and the best Nvidia RTX and GTX graphics. It’s even cheaper than many of the gaming PCs on this list, with its Intel Core i7 + RTX 2060 Super +16GB RAM configuration setting you back much less than an HP Omen 25L with equivalent specs. If you’re trying to maximize your limited space and budget, this is the best budget gaming PC for you.

Great for work and play

Trimming that gamer aesthetic look to the barest minimum, the HP Pavilion Gaming Desktop fits just at home in any office as it does in someone’s game room. So, if you’re looking for a machine on which you can both play and work, this is just the ticket – giving you even more savings. It isn’t going to be a kitted-out machine, although if you shell out a little more for the higher configurations, you can score one with an RTX 3060. However, its lower configurations should be capable enough to see you through 1080p gaming.