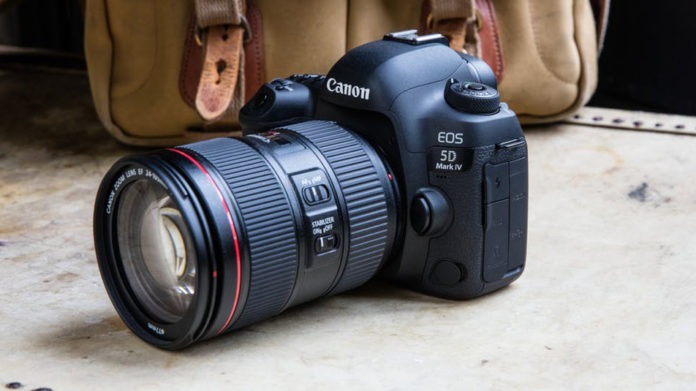 Despite a wealth of changes in the photography market over the last few years, it still seems that Canon manages to provide an option for pretty much every kind of photographer.

Whether you’re just taking your baby steps or shooting assignments for commercial clients, or (more likely) you’re somewhere in between, there’s a very good chance that an option with Canon’s EOS, PowerShot or IXUS branding would fit your requirements as much as your budget.

The company is perhaps best known for its EOS DSLRs, but it maintains a collection of powerful compact cameras and has also now notched up many mirrorless offerings that rival their DSLR cousins for performance. It’s also spent the last few years bolstering its Cinema EOS line with video-centric options fit for broadcast-quality filming and has just recently broken the full-frame mirrorless seal with its EOS R camera.

By providing so many options across all levels, it’s easy to see both a logical first camera or an upgrade if you’re an existing Canon user, but which are the best options from its expansive sea of offerings? We’ve plucked out ten current cameras that in some way stand out from everything currently on offer.

Best Canon cameras 2019 at a glance 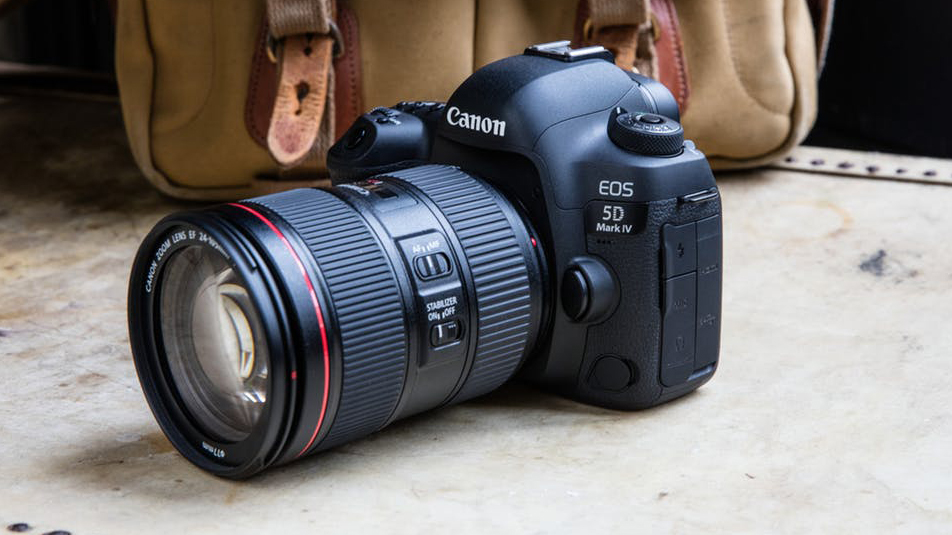 Still very much the pro-favorite all-rounder in the EOS line, the 4K-shooting EOS 5D Mark IV is used by photographers and filmmakers alike and goes up against the likes of the Nikon D850 and a handful of flagship mirrorless competitors.

Being about three years old means that it might appear a little behind in several areas on the spec sheet, but the EOS line has always prioritized wide appeal and reliability over class-beating specs. To that end, we get a 30.4MP full-frame sensor with a Dual Pixel CMOS AF system for smooth focusing during live view and video, together with 7fps burst shooting, great high-ISO performance, and a sturdy body that’s the result of many tweaks and refinements from previous EOS 5D generation cameras.

4K video is subject to a crop factor, however, and the use of the Motion JPEG makes for fairly hefty video files, but this is not a deal-breaker – particularly as the Full HD options are more than sufficient for most people. 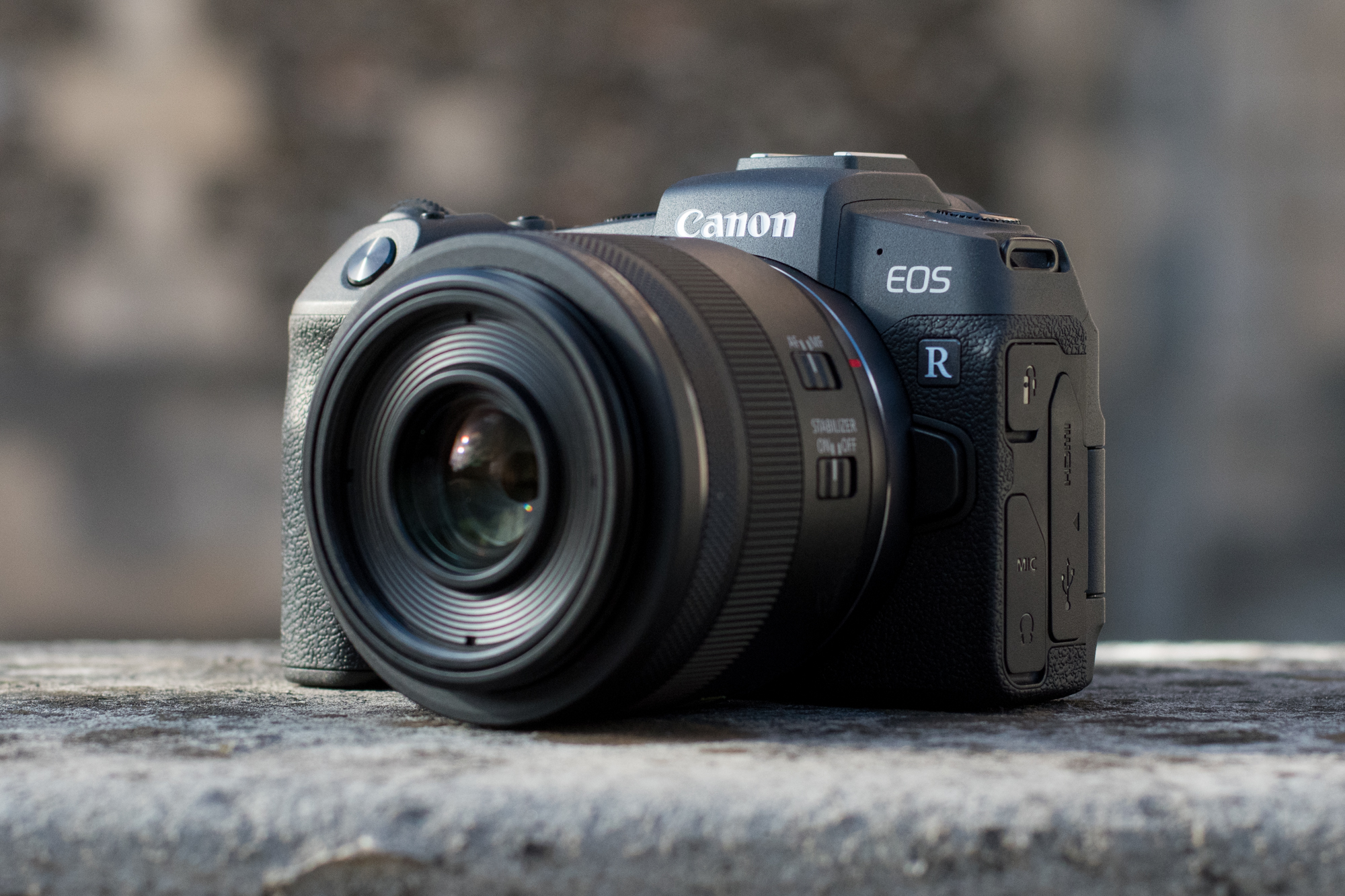 It arrived a little later than its more expensive full-frame mirrorless sibling but the EOS RP takes the top spot for being Canon’s best mirrorless camera under its affordability and its topnotch performance. It’s compact and easy to use, so even beginners will be able to quickly find their way around the EOS RP. However, its small size does occasionally make the camera feel overbalanced when using larger lenses.

And while it does have 4K video recording, it comes with a 1.6x crop factor and you won’t be able to use Canon’s trusted Dual Pixel CMOS autofocus system unless you shoot in 1080p Full HD resolution. Besides that, though, the EOS RP has excellent AF performance, produces vibrant and sharp images, boasts a wonderfully responsive rear LCD touchscreen, and can be used with existing EF lenses with a lens adaptor.

The Canon EOS M50 has, for a while now, been one of our favorite Canon mirrorless cameras for many reasons, but with the arrival of the EOS M6 Mark II, there’s a new king in town. It’s compact and a great choice for a traveling companion and, if the idea of no viewfinder puts you off, you can easily attach one.

That tiny body houses a 32.5MP APS-C sensor (the same one that’s in the Canon EOS 90D listed below) and, working with a Digic 8 image processor, offers up to 14fps continuous shooting – great for sports, wildlife, street photography and so much more.

Unlike the EOS RP mentioned above, 4K video is uncropped, utilizing the entire width of the sensor, and there’s also a microphone input socket and a screen that faces all the way forward – these for the vloggers. 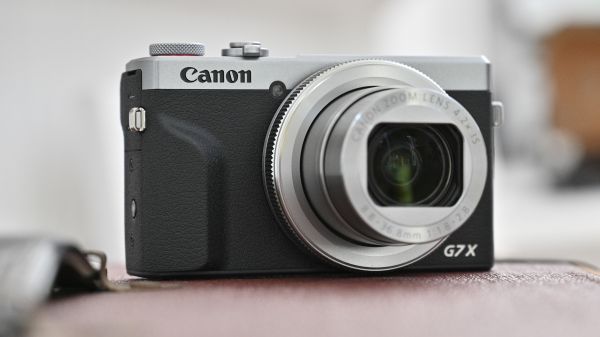 Long popular with vloggers, Canon’s G7X range has kicked it up a notch with its latest implementation. There’s still a very capable 20.1MP one-inch sensor, but now it’s also equipped with uncropped 4K video recording, and, something which had been requested many times, a microphone socket.

That means you can elevate the sound above and beyond the internal mic’s offering if you want to. Furthermore, the G7X III can stream directly to YouTube, so you can live vlog whatever’s happening around you, without having to downgrade to using your smartphone. USB charging is another great feature which means you can give it power bursts on the go, particularly prudent if you’ve been shooting a lot of 4K video. 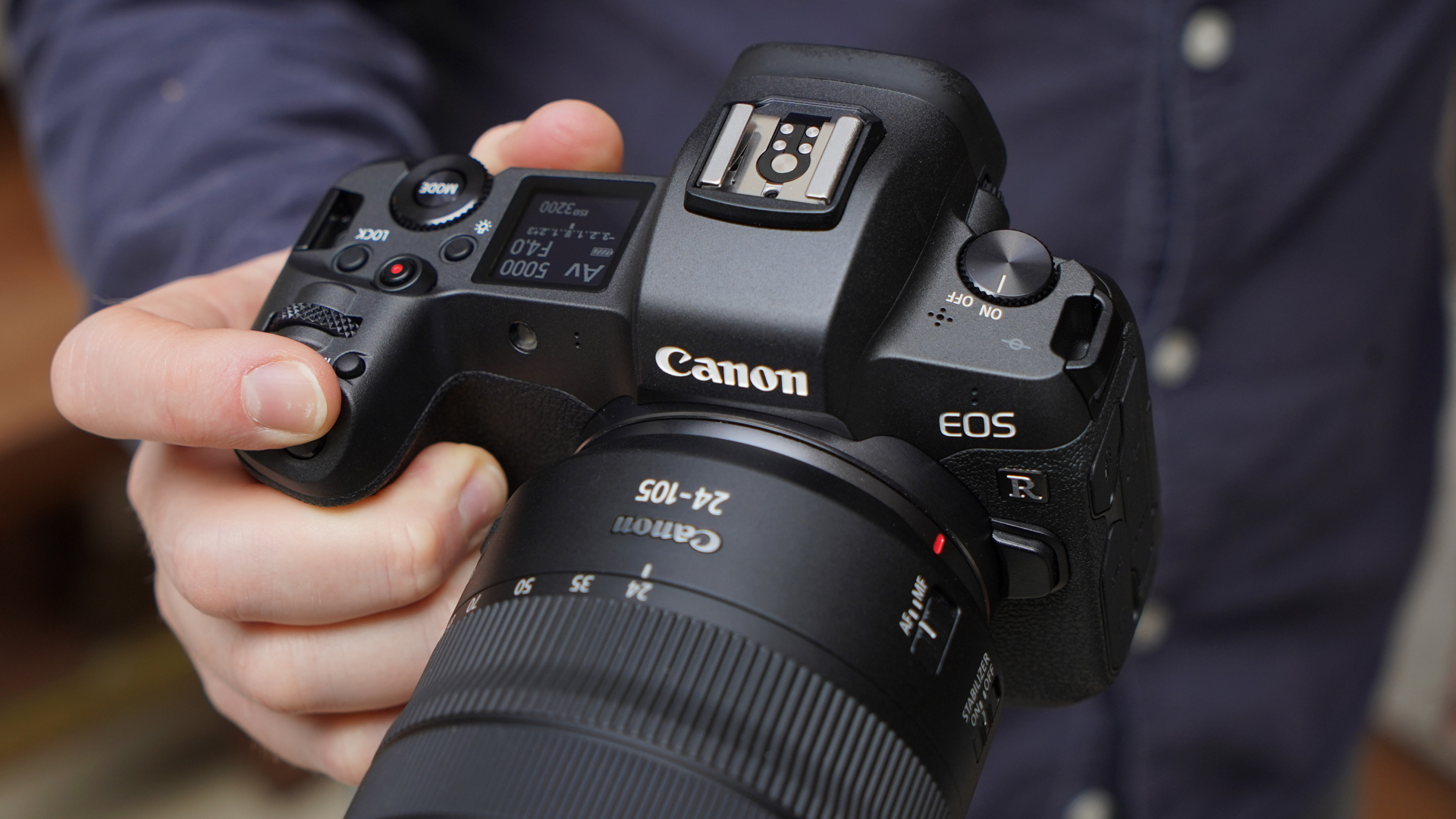 As we found in our review, Canon’s first full-frame mirrorless camera is something of a hit-and-miss affair, but for some Canon users looking to step up to something more capable, it may just be ideal.

While the model retains much of what makes the EOS DSLR line special, Canon has thrown in a superb electronic viewfinder with a 3.69-million dot resolution. We’re also very encouraged by the new lenses that have been released so far, although Canon has continued support for its exhaustive EF lens system through three separate adapters.

It would have been nice to see an AF lever, sensor-based image stabilization, and an additional card slot to make the model truly competitive, but the camera is at least blessed with excellent autofocus, good handling, and very sound image quality. If you’re a user of older EOS 5D or double-digit models and you’re looking to step up the very latest in Canon’s full-frame tech, you should find adopting the EOS R to be a pain-free affair.

Many entry-level DSLRs suffer from being somewhat bland on the spec sheet and uninspiring in use, but the EOS Rebel SL2 (known as the EOS 200D outside the US) adds a handful of useful technologies to make it far more capable and enjoyable to shoot with.

So, for example, Canon’s excellent Dual Pixel CMOS AF system is present for swift focusing in live view and during video recording, which also means that you can happily use it much like a mirrorless camera without the same kind of focus lagging common to other DSLR live-view systems.

You also get a flip-out touchscreen that lets you shoot from all kinds of awkward positions and even a mic port for better audio recording during videos. True, it’s not quite as compact as the previous EOS 100D, although this arguably makes it a better option if you plan on using longer or heavier lenses, such as a nice wide-aperture prime lens for portraits or a dedicated macro optic.

If you aren’t too sold on the full-frame mirrorless phenomenon and would still prefer a DSLR, then the EOS 6D Mark II is Canon’s most affordable option yet. What the full-frame does is offer superior image quality thanks to its rather good pixel count and the larger size of its individual pixels that allow them to capture more light. That also means the camera’s noise performance is also pretty good.

While its 45-point autofocus system and 1080p Full HD video seem dated today, the camera’s performance is excellent and there’s no cause for complaint, particularly when you can use Canon’s excellent Dual Pixel CMOS AF for live view photography. Even its 6.5fps has proven to be sufficient for wildlife photography.

However, it’s the overall design and layout of the body that pleases us – controls are intuitively laid out and the grip is comfortable, even if you have small mitts. The rear screen is touch-enabled and you can tap to focus and to shoot. Moreover, its current price makes it a great option for anyone on a budget and the extensive EF lens range will keep anyone happy. 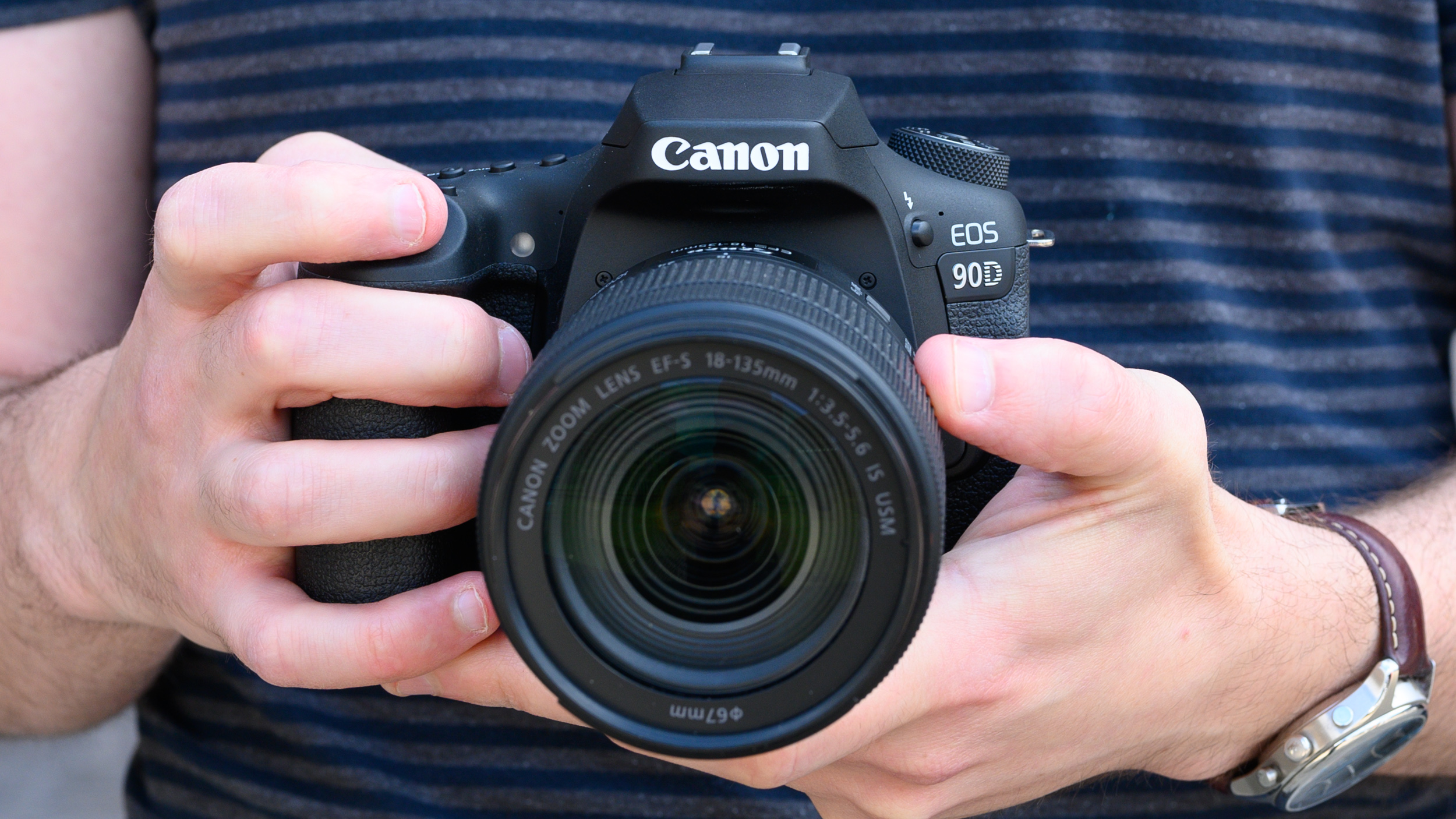 Just when most people assumed that DSLRs were going to die a slow death, Canon decided to prove otherwise. The EOS 90D is the first camera of its kind to boast a 32.5MP sensor and, alongside a Digic 8 processor, gives the snapper the ability to capture 4K video at up to 30fps which, thankfully is uncropped. While it’s the same sensor and image engine pairing as the EOS M6 Mark II mentioned above, the EOS 90D doesn’t quite have the speed of its mirrorless cousin, instead of topping out 11fps when shooting continuously in live view mode.

There’s a new metering sensor under the hood as well and its performance is excellent, exposing areas of light and shadow to near-perfection. However, we did find that due to the high pixel density on the crop sensor, noise performance isn’t the best but for the most part that can be taken care of during post-production.

The battery has a CIPA rating of 1,300 shots but our tests showed the camera is capable of well over that, which is way more than what you’d get from the average mirrorless camera. All in all, a wonderfully versatile snapper for anyone who prefers the DSLR experience. 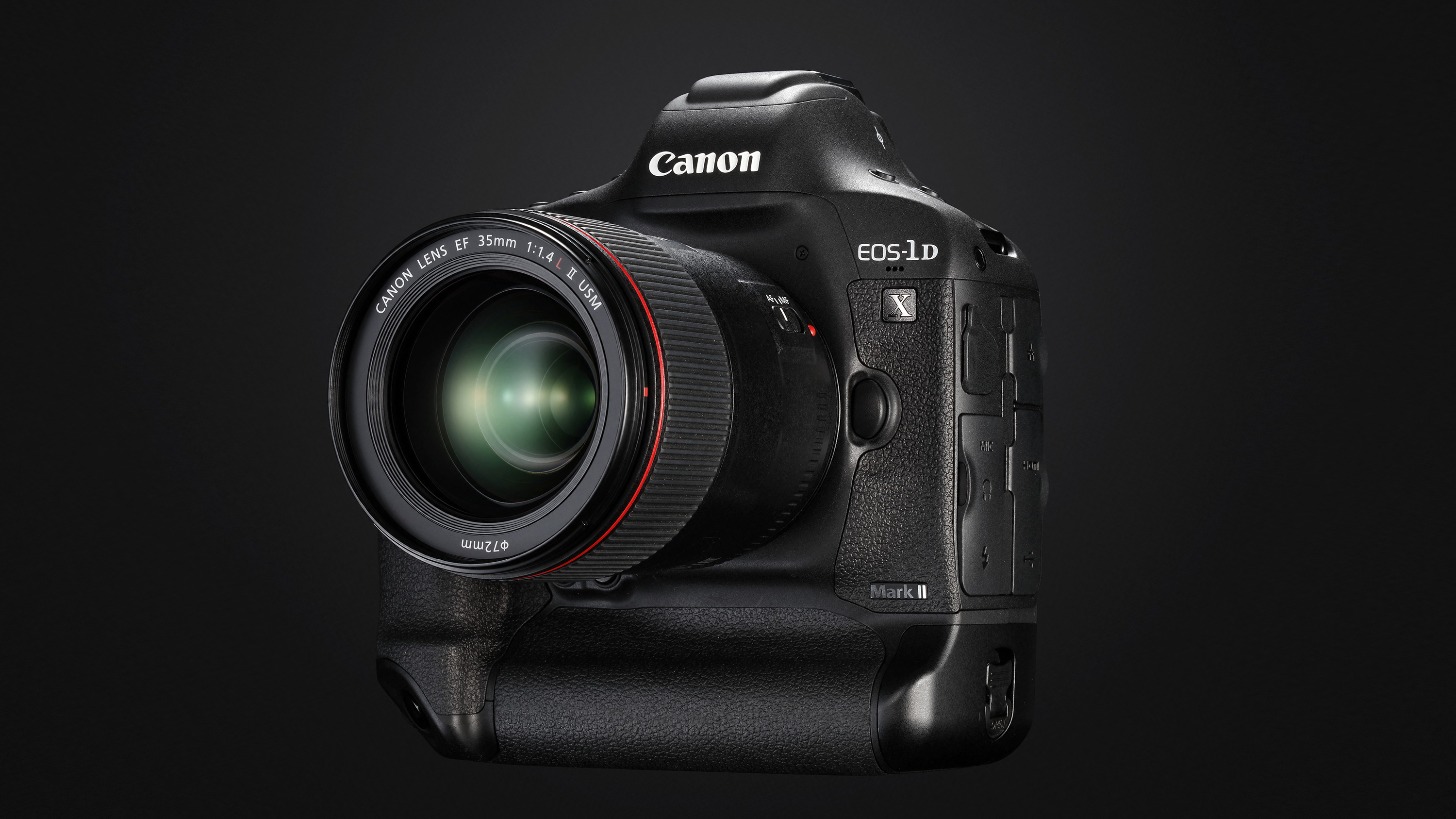 Canon has announced the development of the EOS 1D X Mark III, but until such time it’s been tried and tested, the Mark II remains our go-to Canon sports DSLR. At the time of its launch almost four years ago, the EOS 1D X Mark II brought many layers of new technology to broaden its appeal among working professionals and continues to do so.

Notably, Canon chose to include 4K video recording at up to 60p, while also adding a touchscreen to ease operation. It also installed its tried-and-tested sensor-based Dual Pixel CMOS AF technology to keep focus swift and accurate whether you’re using live view or shooting videos, together with a fresh 20.2MP full-frame sensor to deliver the best combination of dynamic range and high-ISO performance, keeping the pixel count modest to allow for 14fps burst shooting (which you can boost to 16fps when using live view).

Yes, it’s a large, weighty, an expensive bit of kit, and the arrival of a slew of high-performing mirrorless bodies, particularly the Sony Alpha A9 II, may challenge its dominance in the world of sports photography in years to come, but using it makes you realize just why Canon got to this position in the first place. 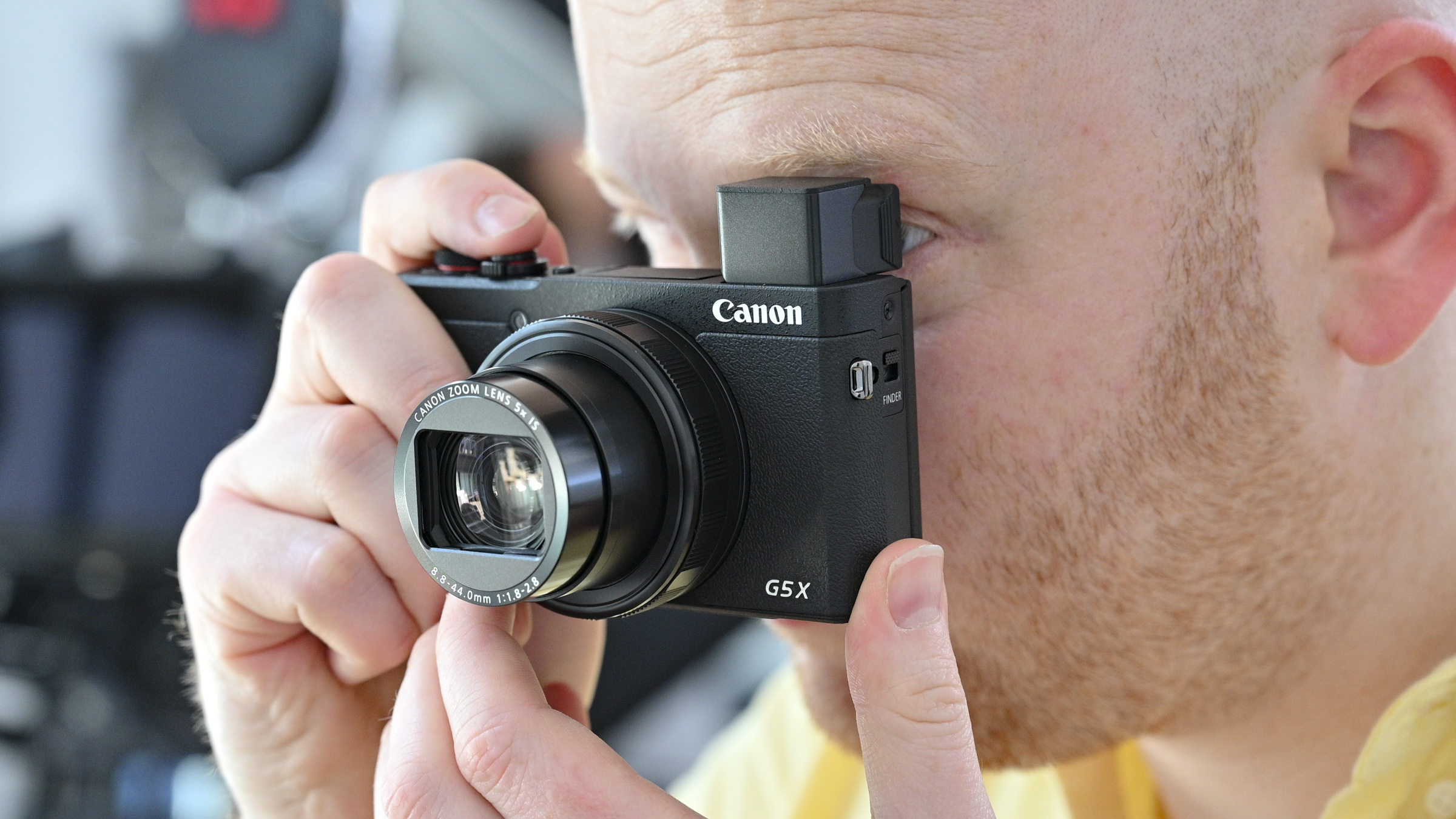 Canon has managed to pack a lot into this little pocket rocket, combining a stacked CMOS sensor with a Digic 8 imaging engine. This gives the PowerShot G5 X Mark II the ability to capture stills at a blitzing pace of 30fps when shooting RAW, or 20fps when shooting conventionally.

ISO performance has been improved over the previous iteration of this camera and 4K video capture added. For those who prefer a viewfinder to use the rear LCD screen, the pop-up EVF has a darn good resolution of 2.36 million dots. Despite packing in an EVF, Canon has even managed to add a flash to the camera. There’s even an ND filter available on board if you happen to be shooting in brilliant sunlight.

Noise performance is pretty good for a camera with a 1-inch sensor, although the 4K video quality isn’t something to write home about, particularly when compared to the likes of Sony’s latest Cyber-shot RX100 range. Despite that, the G5 X Mark II is an excellent choice for a compact, provided you’ve got the spare change for it.