CyberiansTech
Home The Best Best webcams 2019: the top webcams for your PC 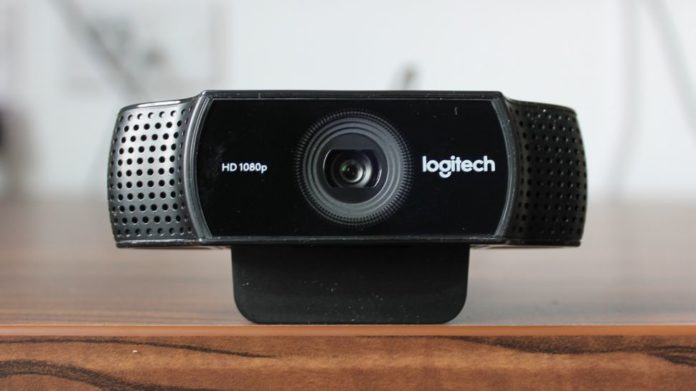 Best webcams 2019: the top webcams for your PC

While it’s true that most laptops or all-in-one PCs come with an HD webcam already built in, many desktop PC users require an external solution. Luckily, there are quite a few options out there to choose. You can grab one of the best webcams yourself for a similar – or even better – experience.

But, what should you look for in a webcam? Like most things, it all depends on what you’ll be using it for. Are you looking to become the next Twitch or YouTube celebrity? Will you be video conferencing with work colleagues? Or, do you just want to do Skype video calls with family and friends whenever a holiday comes around?

No matter what you’re after in a webcam, we’ll help you find the perfect fit. From high quality shooters with nice aesthetics to affordable webcams that are just enough to get the job done right, there’s a great webcam for everyone on this list. Plus, Black Friday is around the corner so we should start to see some excellent webcam deals pretty much starting now. And, because we’ve included our exclusive price comparison tool, you can find a great deal on the best webcams.

Best webcams at a glance

First on our list of the best webcams 2019 has to offer is Logitech’s newest one, the Logitech G922 Pro Stream. It features the same classy design as its predecessor, the C920, but it’s especially interesting for gamers this time around. The C922 still boasts excellent 1080p video quality, great for hosting video calls, and its automatic low-light correction makes it a fantastic cam for streaming with the lights off. It also supports background removal, making it ideal for budding YouTubers.

The Razer Kiyo might look weird, a testament to Razer’s unique designs, but it’s still one of the best webcams out there for streaming – which is unbelievably popular in this day and age. With the Razer Kiyo, Razer has stripped away a lot of the bells and whistles that more premium webcams offer, focusing instead on what matters most to game streamers and YouTube vloggers – good image quality and lighting through a “Light Ring”. You don’t need to spend a ton of time configuring the stream – just plug in the Razer Kiyo and get to work.

The Microsoft LifeCam Studio is one of the best webcams out there. Aimed at pro users with large displays, it features a familiar configuration of 1080p recording and 720p live video calling. It rotates 360 degrees, and can be mounted on a tripod with autofocus. The wideband mic delivers crystal clear audio, and Microsoft’s TrueColor system will shift the exposure dynamically to keep you well lit, making it a great choice for business conferencing and presentations.

If you’re an aspiring journalist, or even if you’re just trying to capture footage in the wild, Mevo might be one of the best webcams for you. Either the Mevo or Mevo Plus will allow you to capture footage live, no matter where you are in the world – as long as you can connect to a mobile network. Plus, because Mevo is small and inconspicuous, it won’t distract your subject during an interview.

It isn’t the most attractive webcam, but the LifeCam Studio isn’t really designed to be attractive. Instead, it’s made for business conferencing and presentations, with its 1080p recording, 720p live video calling and wideband mic to deliver crystal clear sound. This is a serious peripheral – one that requires a powerful PC for max settings – but that doesn’t mean it’s lacking bells and whistles. For instance, it comes with 360-degree rotating capabilities and Microsoft’s TrueColor system, which will shift the exposure dynamically to keep you well lit.

Have you ever looked at a webcam in disgust because it just can’t hold up to your smartphone? Well, the Logitech Brio might be the webcam you’ve been looking for. With a 4K UHD resolution and HDR, the Logitech Brio has brought high fidelity to the world of the best webcams. If that wasn’t enough, it also boasts Windows Hello functionality and an easy to use stand, which will let you position it to capture your best side.

Creative may not be the first company that comes to mind when you’re in the market for the best webcams, but with the Creative Labs Senz3D, that’s clearly changed. This space-age webcam has more features than you can imagine, and the high-tech 3D scanner and facial tracking tech promises to lead to some intriguing things in both AR functionality and even gaming. It isn’t exactly cheap, but you’re getting all the bells and whistles with this offering from Creative.

The C930e claims to be Logitech’s most advanced HD webcam yet, so it isn’t surprising that it’s also one of Logitech’s most expensive offerings. However, unlike traditional webcams, which rely on the PC for all the heavy lifting, this unit does the video encoding itself, which should in turn result in better video quality. The wide, 90-degree field of view means it’s well-suited to business video conferencing and presentations. And of course, it’s Skype-certified for PC and Mac.

While Samsung smart TV’s have limited compatibility with most of the best webcams out there, the company has its own proprietary camera for its H, HU, JS and JU models. We wouldn’t recommend buying one for Skype, as the smart TV version of Skype is no longer supported, but if you want to use Samsung’s own gesture control features and virtual mirror for fitness apps, then it’s really your only option.

If you’re looking for a full HD webcam without that hefty price tag, this may be one of the best webcams for you. Boasting resolutions of up to 1080p HD while supporting 12MP stills, a noise-cancelling microphone and low-light compensation, this camera is feature-rich. There’s no autofocus, and you don’t get a big bundle of software, but that bargain price more than makes up for any shortcomings, which is why it’s earned a place on our best webcams list.

Bill Thomas has also contributed to this article