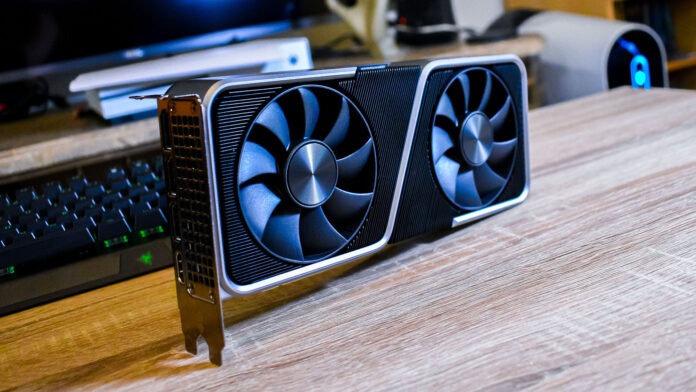 The best Nvidia graphics cards definitely have something to prove, especially in this post-Big Navi release world. After all, Team Red has done an impressive job with the AMD graphics cards. While they may not have completely overthrown Nvidia’s RTX 3000 GPUs, they’ve certainly made a compelling argument to switch.

It’s a good thing that the best Nvidia graphics cards have taken things to the next level, especially with the RTX 3080, RTX 3070, and RTX 3090. Nvidia has given these graphics cards quite a boost in power while also taking cues for AMD’s more accessible price points, especially when it comes to ray tracing as proven by our Resident Evil Village tests. Even AMD’s Radeon RX 6800XT couldn’t completely dethrone the RTX 3080 in 4K gaming, even if it is $50 cheaper. In that way, it’s proven once again that these Nvidia GPUs are still king and dominating our best graphics cards list.

What’s more, with the RTX 3000 series already out, older Nvidia cards now come at more affordable price tags, giving consumers a lot more options. Whether you are looking for something affordable like the RTX 3060 Ti or want something top-of-the-line for your battle station, you’ll find the ideal GPU for you in our best Nvidia graphics cards list.

With the Nvidia GeForce RTX 3080, 4K gaming just became a lot more accessible. Before, you had to shell out more than $1,000/£1,000 to do so with the RTX 2080 Ti. However, with the next generation of the best Nvidia GeForce graphics cards, the price of 4K gaming just dropped a few hundred dollars, thanks to the RTX 3080. More than that, it boasts one of the largest generational leaps in GPU history, delivering a 50-80% performance boost over the RTX 2080 and a 20-30% boost over the RTX 2080 Ti, all while keeping the same price point as the RTX 2080. This is both an absolute powerhouse of a graphics card and a great value if you have a bit of extra cash lying around.

Until Nvidia actually rolls out that Nvidia GeForce RTX 2080 Super, the RTX 2070 Super might just be the Best Nvidia GeForce graphics card purchase you’ll make. This graphics card is impressive, especially in 1440p gaming and if you’re looking to get on the ray-tracing bandwagon, a souped-up RTX 2070 that’s also very affordable so pretty much everyone can add it to their setup without breaking the bank.

The more expensive graphics cards in Nvidia’s arsenal get a lot of attention these days, what with all the ray tracing and Deep Learning Super Sampling. But, if you don’t have a ton of cash to throw around, the GTX 1660 Super is the Best Nvidia GeForce graphics card for you. This little GPU absolutely tears through any game in 1080p, and with its modest price tag, it’s perfect for anyone that wants killer performance on a budget.

The Nvidia GeForce RTX 3060 might be Team Green’s gambit. Its increase in price over the RTX 2060 and its proximity to the RTX 3060 Ti’s price tag make it a lot less compelling for consumers, especially since the latter delivers excellent 1080p performance. However, the RTX 3060 delivers a huge improvement for 1080p gamers, offering an 80-120% performance boost over the GTX 1060. What’s more, it also comes with ray tracing and DLSS technologies – in fact, it’s the cheapest way to get your hands on these advanced features.

While the higher-end graphics cards get all the hype, they tend to have a worse performance-per-dollar value than budget cards. And, while AMD often hits that sweet spot, Nvidia sometimes remembers to offer value as well. That is represented nowhere better than the GTX 1660. Gigabyte offers the GeForce GTX 1660 OC 6G for an excellent budget price while still giving you a touch of overclocking, so you can enjoy 1080p or even 1440p with some tweaked settings. Best of all, you won’t need to take out a mortgage to afford this card.

If you’re involved in creative workloads like the 3D design or video editing, you might be running into some serious VRAM needs. In those cases, it can be worth it to have a graphics card that is going to give you tons of headroom to keep information in the GPU’s memory, instead of constantly needing to load it in from your storage solution. While it comes at a high price, Nvidia’s Quadro RTX 6000 loads up on 24GB of GDDR6 memory while also packing plenty of performance. And, you can combine multiple cards for even more performance.