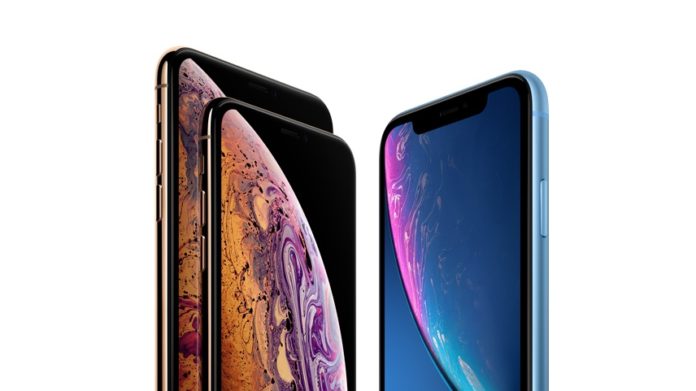 At first glance, the iPhone XS vs iPhone XS Max vs iPhone XR comparison doesn’t reveal much difference. But after handling and reviewing each, we’ve developed an in-depth idea of how each is unique in its own way – and suitable for different tastes and needs.

This generation was the first time Apple released three new iPhones at once, giving us a trio of powerful flagship handsets that differ in size, camera quality, specs, and price. Now that the iPhone 11 and iPhone 11 Pro are here, the previous year’s Apple flagships aren’t quite the best iPhones on the market, though they’re close – and still incredible phones, especially with iOS 13.

But which one is for you?

The iPhone XS is technically the flagship phone, and also the smallest of the bunch. Naturally, the iPhone XS Max is its bigger sibling with the largest screen. The iPhone XR is the leaner, lower-cost ‘budget flagship’ that’s sized somewhere between the other two.

But that oversimplifies the three phones – each has its pros and cons. If you’re on the hunt for one of the latest and greatest iPhones, read on for a breakdown of these top smartphones to find the right one for you.

Overall, not much has changed in the house of Apple since the release of the iPhone X toward the end of 2017 – which isn’t a bad thing. All three of these models follow the same broad design: front and rear glass sandwiching an aluminium frame, with rounded corners and a healthy notch cut out of the top front display.

The widest difference between the three phones is the size. The iPhone XS (143.6 x 70.9 x 7.7 mm) is the smallest, with a 5.8-inch screen – a phone ideally suited for users with smaller hands or who prefer using their device one-handed. It weighs the least, at 177g, which is respectable but still not as light as some Android phones.

It’s an objectively attractive handset, with sleek glass and minimal bezel. Its two rear cameras line up vertically on the top left of the phone’s back. You can get it in silver, space gray, or the always-popular gold.

The iPhone XS Max (157.5 x 77.4 x 7.7 mm) is simply a larger version, with a 6.5-inch display that provides noticeably more screen real-estate. It’s otherwise identical, leaving your choice down to aesthetics: do you want a larger phone? Do you mind using two hands to use it?

Finally, the iPhone XR (150.9 x 75.7 x 8.3 mm) looks similar but has a few nods toward simplicity in its design: it has a single rear lens and, instead of metallic hues, comes in bright primary colors, white, and black. It’s also (.6mm) thicker than the other two. Its 6.1-inch screen puts it squarely between the other two phones in size, giving users a just-right option if the XS is too small and XS Max too large.

One more note: though Apple still hasn’t allowed dual SIM card trays in its phones (except in China, for reasons) nor expandable storage, all three of these phones get compromise – eSIM. You can register an internal SIM for a separate number with a wireless carrier that supports eSIM, as Apple’s support page explains.

The iPhone XR’s display is another compromise Apple made to save cost, though it’s by no means a poor screen. Instead of OLED, this phone has a 6.1-inch ‘IPS’ LCD screen, which manages the same 19.5:9 ratio but has a lower 828 x 1792 pixel resolution (~326 ppi). In comparisons, this screen is less sharp than those of the XS and XS Max.

If you’re upgrading from an older iPhone, one thing is immediately clear: none of these phones have the customary home button at the bottom. That’s been excised for a full display reaching the bottom.

In its place, each phone uses Face ID to authenticate by way of the lone front-facing camera, which sits in that top notch. While they’re all about the same size – significantly wider than other smartphones that employ the ‘teardrop’ notch style – the iPhone XR’s is unnecessarily large since it lacks the depth-sensing time-of-flight sensor that comes in the notches of the XS and XS Max.

Good news: if you buy any of these phones, you’ll be able to make full (or nearly-full) use of the latest version of iOS for years to come. The only features the iPhone XR won’t be able to use are those that require depth-sensing, since it only has a single camera on both the front and rear.

All three run the latest version of iOS 12, and when iOS 13 launches to the public later this year, all three flagships will easily run it: Apple reliably supports phones for 4-5 years after their release.

Given that each of these phones are of the same generation, they all pack the A12 Bionic chip – the fastest Apple has yet produced. Likewise, their performance is fairly comparable, though the iPhone XR might be slightly slower with its 3GB of RAM compared to the XS and XS Max’s 4GB.

In other words? You should have no problem running any app or media on these phones. The edge, if any, goes slightly to the iPhone XS and XS Max.

Here’s where the differences really shine.

The iPhone XS and iPhone XS Max both pack dual 12MP cameras: one f/1.8 wide angle lens, and one f/2.4 telephoto with 2x optical zoom. These allow both to take photos with depth effects, including the ever-popular Portrait mode.

Strictly speaking, these lenses aren’t as powerful as those on some competing Android phones, but it doesn’t really matter if you’re taking casual pictures: Apple has refined its photo software to produce great images in most lighting, and most importantly, it’s easy to use.

The iPhone XR gets this software, too – but its single rear f/1.8 wide-angle lens (which looks little changed from the lone shooter on the iPhone 8) means depth effects aren’t as good. Don’t worry, you can still take Portrait photos – the software will just have to do a bit of heavy lifting to make up for it.

Likewise, the iPhone XR lacks a time-of-flight sensor in its screen’s notch, meaning your Portrait selfies won’t be as high of quality.

On the other hand, the iPhone XR packs a 2,942mAh battery, which is nearly as large as the 3,174mAh capacity in the iPhone XS Max. Unless you’re streaming media for hours or using lots of location services, these should last through a full day (and well into the next) on a full charge.

The iPhone XS is no slouch here, with its 2,658mAh battery, but it’s still notably smaller. All three of these phones work with Apple’s standard 15W quick charging, which claims 50% recharge in 30 minutes. All have wireless charging.

As more folks feel the sting of skyrocketing phone prices, it would be easy to simply recommend the more affordable iPhone XR and call it a day. After all, it does contain most of the best parts of the iPhone XS and iPhone XS Max at a steep discount.

But the other phones do earn their flagship quality, with a polish and extra hardware that pushes them into a slightly higher tier. They take higher-quality photos and, heck, simply look classier with a glossy, chromed look.

Ultimately, the choice is yours: which iPhone suits you best? What features (and aesthetics) can you live without – or not?