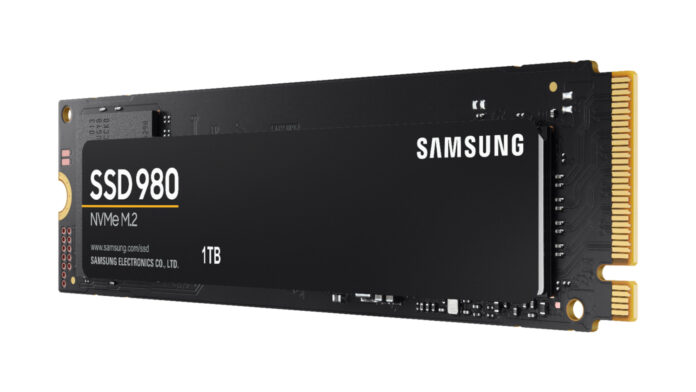 For reliability, build, and speed, go for the best SSDs. Although a case can still be made for traditional hard drives, which are typically more cost-effective, SSDs are simply a more efficient storage solution if you’re handling large files or need to access them quickly. That’s because they have no moving parts, which also means they’re less likely to fail or get damaged.

Businesses and professionals who need quick access to their most vital data, therefore, can only benefit from the reliability and speed that the best SSDs provide. These will save anyone who regularly deals with large files, like content creators and video editors, a lot of time. Additionally, SSDs are smaller, making them easy to fit into whatever computer you need, whether that’s a slim Ultrabook or one of the best gaming PCs.

Take advantage of these drives’ speeds even if you don’t have one of the best PCs. Whether you’re adding a drive or upgrading an old one, you’ll find something that will fit your needs on our list for the best SSDs, from the fastest M.2 SSDs to the best gaming SSDs.

Much like last year, we’re bound to see some of the best SSDs see a price cut on and in the days leading up to Prime Day 2021. We’re keeping track of the best Prime Day deals, including the early bird specials. So, check-in regularly from now until June 22. You might just take one of these SSDs homes for much less.

Keep your data safe online with this cloud storage solution

IDrive, the cloud storage veteran, delivers tons of storage online for an incredibly small outlay. 5TB for $3.48 for the first year is unmatched till now and so is the support for unlimited devices and the extensive file versioning system available.

The Corsair MP400 is a gem. With low prices even for SATA SSDs, the Corsair MP400 is offering a ton of storage so you get the most for your money. But, it’s not a SATA SSD. It’s a PCIe NVMe SSD and not a slow one at that. It’s competitive in speeds with many other PCIe 3.0 SSDs and undercuts them in price. Its lower endurance is about the only drawback, but it’s not going to be a major concern for typical users who aren’t writing tons of data.

King of the hill

Again, Samsung has been behind some of the best SSDs that have been hitting the streets for years, and even though other manufacturers like Western Digital and Adata are trying their best to give it a run for its money, the Samsung 970 Evo is still the best SSD you can buy if you’re after raw speed. The read speeds haven’t improved over the previous generation’s 960 Pro, but the write speeds see a significant bump – up to 2,700MB/s – which is how it retains its ‘fastest SSD’ crown. If you’re looking for the best SSDs to choose from, with no compromises, you can’t go wrong with adding the Samsung 970 Pro to your list.

Though only a PCIe 3.0 model and a far cry from Samsung’s 980 Pro, the Samsung 980 is a strong and highly capable drive that gives you a pretty good price, especially for 1TB of storage. It delivers read and write speeds of up to 3,500 MB/s and up to 3,000 MB/s, and keeps things stealthy and classy with its all-black look. If you’re looking to fill a PCIe 4.0 slot, then you might want to look elsewhere. Otherwise, you’re getting good value in this drive.

The Silicon Power US70 brings the price of PCIe 4.0 SSDs down to a more easy-to-stomach level. It’s pleasantly fast for a value-oriented drive, and has serious endurance, but it has some competition that can undercut it in price while jumping ahead in speed. It doesn’t help that it’s also on a strange, blue PCB that won’t blend well with many motherboards.

Samsung had a hard act to follow – the Samsung 850 Evo was beloved for its stunning performance and affordability. Luckily, the Samsung 860 Evo absolutely succeeded in, well… succeeding it. Though limited by the SATA3 interface, the Samsung 860 Evo delivers performance that iterates on its predecessor with improved read/write speeds and an array of form factors, while still maintaining its budget price. The 860 Evo is, without a doubt, the best SSD for anyone looking for an entry-level SSD without having to break open their piggy banks.

The best NVMe SSDs used to be way too expensive for most users. But, those days are coming to an end – the Intel 760p Series SSD changes everything. This SSD features impressive performance that’s only slightly behind the beloved Samsung 960 Evo, boasting speeds of 3,056 MB/s read and 1,606 MB/s write. But, what really makes the 760p stand out is the fantastic price to performance ratio. Yeah, there are faster NVMe drives on the market, but you’ll be paying a premium them, and frankly, it’s not worth it. This is one of the best SSDs out there, not just because it’s fast, but because the Intel 760p makes us excited about the future.

If you’re creative or a professional, and you need an external NVMe SSD that’s going to save you time rather than waste it, you might want to give the Samsung X5 Portable SSD a look. Thanks to its use of Thunderbolt 3, rugged magnesium build, and AES 256-bit encryption, it’s fast, secure, and durable – everything you want in an external SSD in which to store all your hard creative work. This isn’t a cheap accessory, but this is one of the best SSDs and is priced as such. Everyday users may want to look elsewhere, this is all about sheer speed.