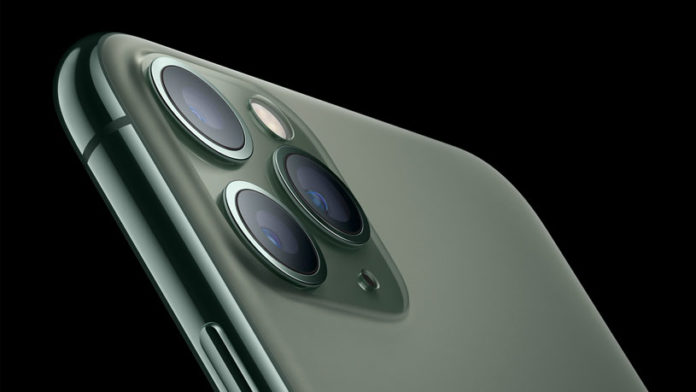 The iPhone 11 Pro is Apple’s best video phone, but it’s far behind the competition

When Apple launched the iPhone 11 Pro and 11 Pro Max, its two new high-end smartphones that join the iPhone 11, it made sure to emphasise just how great they are for recording video.

Between the phones’ three cameras, new software options and improved processing power, the handsets are supposedly perfect for shooting content, from movies to your own little clips.

However, while Apple announced all its ‘new’ features with gusto and excitement, it seems the company doesn’t really understand how people use smartphone cameras, and when you look closely, it seems the handset isn’t all it’s cracked up to be.

We’ll run through the iPhone 11 Pro camera capture features so you can understand just how it works, and how it compares to the competition.

In terms of pure specs, the iPhone 11 Pro and Pro Max have pretty decent video recording specs, so they’re not behind the competition in that regard.

The triple 12MP cameras, consisting of wide-angle, ultra-wide angle and telephoto lens snappers is similar to what you can see in phones from Samsung or Sony, and the video recording heights of 4K at 60 frames per second equals the best of the rest.

There are a few smartphones with similar specs, like the Samsung Galaxy S10 Plus or Huawei P30 Pro, so the iPhone 11 Pro doesn’t trump the competition. But it doesn’t lose to it – not in this regard at least. However the iPhone specs aren’t new or novel in the wider smartphone market.

One of the main selling points of the iPhone 11 Pro video capture is the ability to switch between lenses while recording, without interrupting the video.

This means you could be recording something, then switch to the ultra-wide angle lens to show more of the background, then to the telephoto lens to see the subject in more detail, all without stopping the video.

As you can probably guess, this is far from a new feature in smartphones – in fact, most high-end and even mid-range handsets can switch between lenses while you’re recording videos. There’s sometimes a little stutter when doing this on devices with less processing power, but this is rare, and we don’t know this isn’t the case for the iPhone 11 Pro either.

Sure, the fact that the cameras will retain similar focus, exposure and color temperature when you change the zoom is useful, but this solves a problem that other smartphone cameras don’t have.

Once again, Apple’s tech improvements are a case of it catching up to the competition.

Now we reach the one real advantage Apple has over the competition for video capture – well, for video in general, because it’s saving grace is the video editing suite that now comes on iPhones.

On stage during the iPhone 11 launch, it was mentioned that iOS 13 would bring an improvement to the Photos app that adds a range of video editing functions to the first-party app. This isn’t a simple crop or filter, like on an Android smartphone, but seemingly a professional-level built-in editing software.

That means you can edit exposure, cropping, color temperature, and audio levels all without having to download a third-party editing app for your iPhone.

This is a great addition for people who – understandably – find the overabundance of iPhone video editors a little confusing, and want a simple built-in option. Of course, this function is available to anyone who downloads iOS 13, not just iPhone 11 Pro users, but it’ll make it a lot easier to edit your 4K 60fps video.

Confusing FiLMiC with the camera

FiLMiC Pro is an app for iOS and Android, that mobile journalists and filmmakers use for video capture and editing. It’s a useful tool for people who use their smartphones to make videos, but it’s certainly not exclusive to Apple products

Loads of commentators have conflated FiLMiC Pro’s cool new features with those of the iPhone, but in fact there’s no reason to believe the app’s new tools won’t be available on Android devices too. Given the fact many Android phones have better, and more, cameras than the iPhone 11 Pro, it could even be that non-iPhone handsets work the FiLMiC Pro app better than Apple’s new devices.

Some smartphones even have built-in recording apps with all the features FiLMiC Pro has – the Sony Xperia 1 Cinema Pro app lets you visualize your shots through its various lenses, with different color grades, exposures, and apertures. Plus, it actually films in 21:9, which is the aspect ratio most feature and short films use.

Maybe you’ve read all the above, and think “maybe Apple’s not trying anything new, but the video samples look great,” – well of course they do, they’re made with a professional team and all sorts of video kit.

The video sample is credited to not only a director but a cinematographer as well, and the various clips shown would require not only a dolly track but a filming crane too. The samples look professional-grade, but that’s because they’re literally made by professionals, with (presumably) a big budget.

When you’re filming your friends at a party, or a day out, you’re not going to be filming with a five-figure budget – it’s going to be you, holding the iPhone 11 Pro with your hands, and there’s no way it’ll look anywhere near as good as Apple’s video samples.

By using such professional ‘evidence’ of the iPhone 11 Pro’s video skills, Apple is suggesting to customers that they could make films of the same quality only on the handset, and that’s a far cry from the truth.

Sure, Apple made its video Apple made the iPhone 11 Pro video recording sound exciting and novel, but in reality it’s not doing anything you can’t do on any other mid-range or high-end smartphone already.

If you want a great phone for video recording, there are loads of more affordable options, like the Sony Xperia 1, Huawei P30 Pro, and Samsung Galaxy S10, and each is comparitively affordable, some with more impressive specs too.