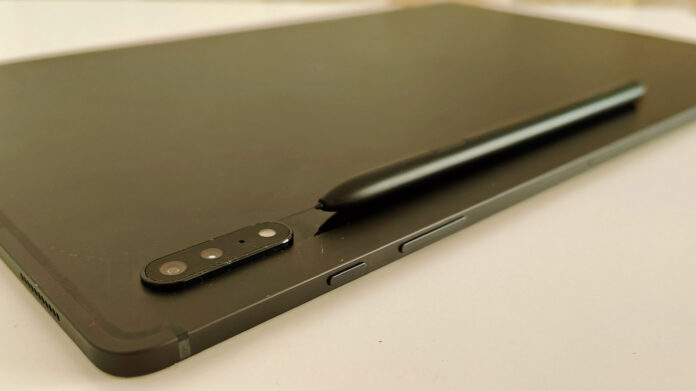 I’ll admit it: I’m not great with tablet styli. I like to use them (unlike on phones, where I don’t see the point), but I’ve got a terrible habit of losing them. I’ve lost S Pens, Apple Pencils, and more in my day.Sometimes this is sheer carelessness – I’ll put them on a table and absent-mindedly walk away. Other times it’s less my fault – I’ll put the slate in my bag, and the stylus will get knocked off the magnetic clip, and disappear into the void that is my backpack. Sometimes I’ll simply fail to correctly attach the stylus to the magnets and it’ll disappear that way.

I’ve just started testing the Lenovo Tab P12 Pro, a fairly premium tablet from Lenovo, and it’s got one tiny feature that made using its stylus far slicker – I think it’ll be easier to retain the Precision Pen 3 (as it’s called) this way.

Most tablets that have compatible styli boast magnetic panels that you use to hook the stick up to the slate, and which double as a magnetic wireless charger. The iPad Pro has one on one edge of the body, and the Galaxy Tab S8 Ultra has it on the back by the camera bump.

The Lenovo tablet does it a bit differently though – half of the back is magnetic, and the Precision Pen can be attached anywhere here and it’ll stick. Sure, it’ll only charge in one particular position, but you can slap it on and be reassured that it’ll stay there.

As the headline states, this is very much a small feature. It’s not going to set the world on fire, and it’s not exactly enough to make Apple or Samsung’s tablets redundant by any means. But it’s a tiny quality-of-life feature that I’ve found really useful when testing the device.

When I’m seamlessly using a tablet, jumping between note-taking, social media, entertainment and work apps, I find myself picking up and putting down the stylus every few minutes, never giving the thing a moment to rest.

For the Galaxy Tab and iPads, putting the S Pen or Apple Pencil back is sometimes a chore – I need to make sure the stick is perfectly aligned in the correct locking position, which is sometimes a more infuriating task than you’d imagine.

If I get it wrong, the stylus could vanish forever. Not again! That’s not the case with the Lenovo Tab – I can carelessly slap the Precision Pen onto the back of the tablet, and rely on it to stick there.

This action is great for my busy workflow, as it can easily become an idiosyncrasy that doesn’t break up my concentration. I’m not going to get distracted by the process of simply storing my stylus, but by the next busy task I’ve got to deal with.

I haven’t been using the Lenovo Tab P12 Pro for long enough to really judge the actual stylus experience compared to that of the Apple Pencil or the S Pen (though I’ve previously been positive about Lenovo slates, like the Yoga Tab 13).

But I’m really enjoying this feature so far and would love other tablet manufacturers to employ something similar. 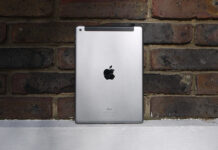 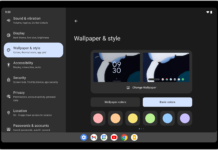 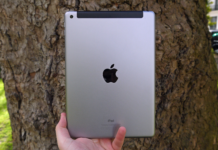 iPad was a great but in 2022, Apple’s tablets don’t have the same charm