CyberiansTech
Home Tech This hidden iOS 13 feature is so useful 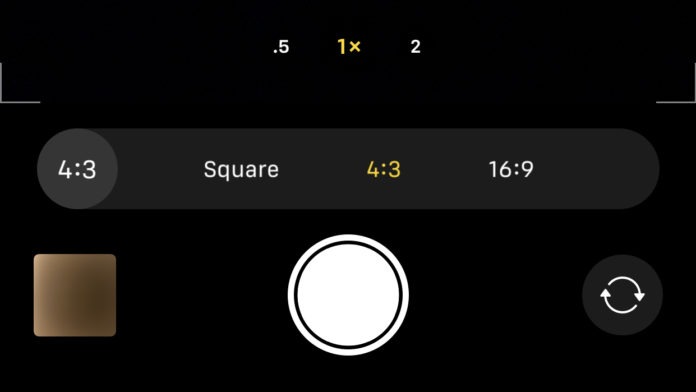 This hidden iOS 13 feature is so useful, so why has it taken Apple so long to add it?

Having spent a long time poring through the iPhone 11 and iPhone 11 Pro Max recently, I’ve been on the hunt for new features that actually bring something different.

As Apple’s grand new platform, iOS 13 has some neat little upgrades that I’ve been enjoying: rounded corners for the on-screen volume bar, greater control over which apps are using your location and the ability to pair a games controller with your phone.

(OK, full disclosure, I’ve not done that last one year, but that’s because I’ve been busy with reviews and I know that a controller and Apple Arcade subscription will just enhance my procrastination).

However, there’s one little feature in the iOS 13 mix that’s really pleased me – and it’s tucked away in the camera app. You can now shoot in 16:9 ratio, rather than the 4:3 option that Apple has stuck with since day one of the iPhone.

No, honestly… it’s important… isn’t it?

That’s pretty major in my book – the 4:3 image isn’t the best to share online but more importantly: a 16:9 image fills most of the screen when viewed on a phone, and it’s far more visually appealing to see as a result.

16:9 isn’t alone in the settings either – the square mode option for picture taking has been added in here as well, so suddenly you’re able to have the image you want with a quick swipe in the app.

(I do feel like I’m perhaps being a touch over the top for for calling a different snapping ratio a ‘hidden’ feature – but a setting that requires a finger slide and tap is a little tricky for some to find, especially when it’s not immediately obvious that there’s a whole new menu by flicking your digit across the display).

You’ll want to head into settings and choose ‘Preserve Camera Settings’ in the options as otherwise it’ll default back to the normal 4:3 option.

I’m well aware that this is just a crop of the image, and it’s likely that Apple has kept the larger size of image to preserve as much detail as possible, as well as the sensor being able to take in this ratio – so there is a rationale for keeping the 4:3 shape of the picture.

Also, when you copy the file across to the computer, the original 4:3 size is still there, so the iPhone isn’t changing the structure of the file when snapping a widescreen photo, just making it easier to share a style of picture that’s more appealing when viewed on a smartphone.

It’s ridiculous that it’s taken this long for such a little feature to come to the iPhone – every other phone under the sun has had such an option for years, and there are loads of forum threads asking for the best apps to take 16:9 images on Apple’s handset.

There are a number of other features that it’s take Apple far too long to bring to its platform: being able to long-press on the Wi-Fi quick setting in Control Center now opens up a list of available networks.

This has been staple of Android for years, so why now for Apple? It’s always been a useful feature, and the capability has always been there, so why has the brand waited for so long?

It’s another case of dripfeeding features – I appreciate that Apple wants to get the experience right for the user before launching a feature, but a simple crop function like this is super handy and I can only feel that Apple added it when it wanted to.

I fully appreciate that lauding a cropping feature in the camera is a rather niche appreciation of a smaller feature, but when you’re constantly trying to take a picture in a wider format and either need to download an app or crop it on the computer, being able to frame it in real-time is brilliant.

Or perhaps this is just really dull, and I’ve started a series of incredibly tiny phone features that nobody cares about. Next up: the slightly tweaked menu font in the Samsung Galaxy Note 10 Plus…