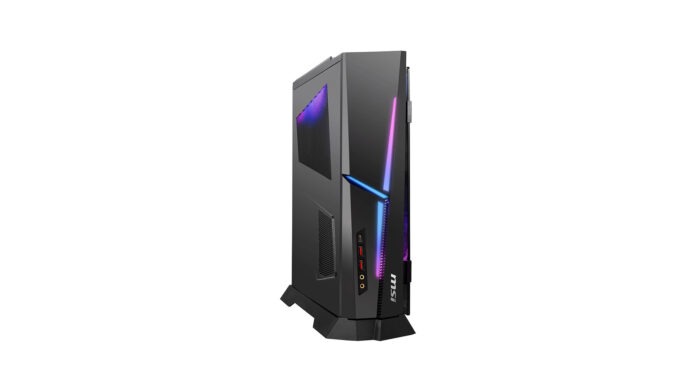 Get ready for an immersive gaming experience with the best gaming PCs. These computers built specifically for gaming deliver buttery-smooth gaming performance and amazing graphical detail. And, with the best PC games being more demanding and more detailed than ever, you shouldn’t go for anything less.

The best gaming PCs aren’t just equipped with the best processors, graphics cards, and more. They’re also built to effectively keep those components cool and running optimally, and come with the best SSDs and fastest RAM (at least 512GB of storage, and at least 16GB of RAM) to ensure that your game isn’t interrupted with slowdowns.

You can get away with playing those demanding PC games on lesser machines if you play at lower settings. However, for a truly immersive gaming experience, even if you mostly just play the best free games, the best gaming PCs are the way to go. From some of the best budget gaming PCs to maxed out ones with an Intel Comet Lake or AMD Ryzen 5000 chip and an Nvidia Turing or Big Navi inside, these belong at the top of the pile. When coupled with the best gaming monitor, they are the stuff of legends.

With Prime Day 2021 just around the corner, several of the best gaming PCs below might drop in price. Prime Day deals from now until June 22, so expect to see some of these touting great savings.

With AMD’s solid campaign to win the CPU and GPU markets, it’s no surprise that many of the best PCs are switching over Team Red’s cause. Our favorite Alienware Aurora gaming desktop PC line is among them, fitting its R10 models with AMD’s powerful yet affordable Ryzen CPUs. Not only do these deliver brute strength when it comes to gaming, but they also tout affordability, giving budget gamers to partake in what those with souped-up rigs experience every day without burning a hole in their pockets. This is the best gaming PC, bar none – especially with the next generation rocking with configurations touting the RTX 3090 for 8K resolution gaming.

This rectangular monster is definitely worthy of its moniker as it boasts lots of power… more than enough, in fact, for most gamers’ needs. When you’ve got the funds for an upper-tier configuration, you’ll get a behemoth. Unfortunately, budget-minded buyers will have to be satisfied with gameplay at medium settings, since the lower-end models don’t pack the same firepower. Still, because of its high upgradability and tool-less design, such buyers are only an upgrade or two from the best gaming experience on Ultra or Max settings. Plus, we’ve honestly seen more expensive machines for those specs. If you’re looking for the best gaming PC for cheaper, this HP PC is worth looking into.

It’s downright impressive how much power the MSI Trident A Plus boasts under the hood, especially considering its slim and small-ish form factor. The self-proclaimed most compact gaming desktop right now isn’t all talk, it walks the walk too with its 5.1 x 15.06 x 15.6-inch size. For superb performance, it offers 9th-generation Intel Core processors, up to Nvidia GeForce RTX 2080 graphics card, and 16GB of memory. While it’s not necessarily kitted out, this best gaming PC still spells sheer power. This small yet mighty gaming PC also delivers 4K gaming experience, customizable Mystic Light RGB LED design, and the Silent Storm Cooling 3.

A unique chassis coupled with a price to beat, Dell’s latest in its G series is a solid contender in budget gaming. The Dell G5 boasts 9th-generation Intel chips as well as Nvidia’s most powerful gaming GTX and RTX graphics cards, starting with an i3 processor and the GTX 1650 to handle many powerful games without burning a hole in your pocket. Of course, if you’ve got more cash to spare, its VR-ready configurations are also on hand, though even those are absolutely affordable.

Intel’s NUC has come a long way from its humble beginnings. For example, while the previous Hades Canyon didn’t come with RAM or storage, the newer Ghost Canyon has both. In fact, not only does it have more offerings now in terms of specs, but it’s also highly configurable so you can personalize it to your liking before hitting that buy button. With 9th-generation Intel Core chips, up to 64GB of memory, and up to 4TB dual storage, we’re all for it. The only catch is that it’s pricier now as well. The lower configurations are still quite affordable, and the best gaming PC for the budget- and portability-conscious. However, you may want to stay away from the highest configurations.