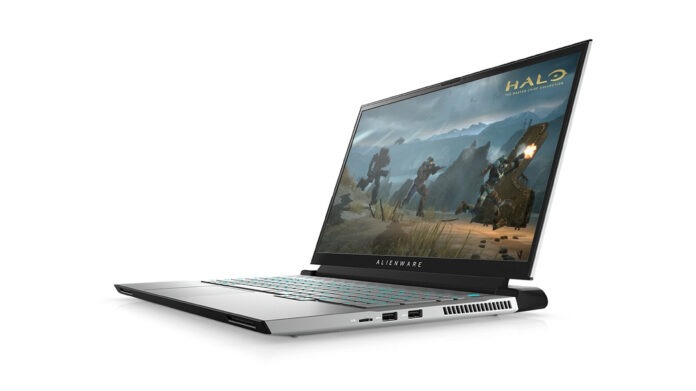 The Best gaming laptops in 2021

Don’t underestimate the best gaming laptops. These days, these portable gaming PCs are just as capable as desktop PCs, only better as they offer the versatility of being portable and space-saving. Some even rival the best laptops and Ultrabooks in size, weight, and battery life.

Rocking increasingly powerful internals like Intel Comet Lake, AMD Big Navi or Nvidia RTX 3000 series GPUs, and fast RAM, the best gaming laptops are your ticket to smooth yet portable gaming. They’ll let you dive into your favorite games, from the best free games on Steam and the best laptop games to the most graphically demanding PC games, without tethering you to a desk.

We expect some of the best gaming laptops below to see decent markdowns on Amazon Prime Day. We’re keeping an eye out for those Prime Day deals for you so you can take home an excellent gaming laptop for less. Keep checking in for bargains.

The Asus TUF line is no stranger to affordable great performers. Last year’s Asus TUF A15, for instance, was simply brilliant while keeping things accessible to budget-conscious gamers. The Asus TUF Dash F15 is back to preserve that affordability while also delivering brute strength. It brings in Intel Tiger Lake processors, Nvidia GeForce RTX 3000 mobile GPUs, and up to a 240Hz 1080p display without costing a fortune while also keeping things light, thin, and military-grade durable.

A tactile mechanical keyboard and a 300Hz refresh rate display are just the beginning. The Gigabyte Aorus 17G (2021) touts an incredible gaming performance that might just be worthy of desktop gaming PCs. With one of the RTX 3000 GPUs under the hood, this will see you through the most graphics-intensive games, including competitive ones. And, because of its impressive battery life, you can do so away from a power source.

It’s not always going to be substance over style. The Alienware m17 series continues to prove this with the new Alienware m17 R4, an extremely powerful gaming laptop with plenty of ports and an extremely stylish chassis that lights up like a Christmas tree. That way, you can play all the latest AAA games smoothing and in style. Of course, this being one of the fastest gaming laptops in 2021, it won’t be cheap. However, if you have the money, you’ll be glad you chose this.

Powerful great-value laptops aren’t exactly a dime a dozen, so when one does come out every now and then, we’re only too happy to test it out. The Asus ROG Strix G15 AMD Advantage Edition, one of the latest best value laptops to hit the streets, is AMD’s successful swing at the high-end, boasting AMD’s top processor and GPU. But, it isn’t just its performance that takes center stage here. That battery life is astounding as well, especially considering those powerful specs.

If you’re looking for an absolute beast, the best gaming laptop for you might just be this follow-up to Razer’s 17-inch leviathan. More than just a gaming portable, it makes for an excellent mobile workstation for creators as well – although gamers who have the cash will appreciate the RTX 3000 GPU, up to 64GB of memory, and display with fast refresh rates. It’s pretty expensive, though, so unless you need all that power or you just have the money to throw away, you really have to make sure you’ll make the most of it.

The best of AMD and Nvidia

One of the most powerful gaming laptops that money can buy in 2021, the Asus ROG Strix SCAR 17 G733 barely breaks a sweat. That excellent performance is due to the impressive specs it’s kitted out with, which also sadly put out of most people’s reach, price-wise. If you can afford it, however, there are a few other things you’ll love about it, including that unapologetic design that lights up like Christmas due to its resplendent RGB lighting and that optical-mechanical keyboard that’s simply one of the best we’ve experienced on a laptop. This is among the best of the best out there, and a worthy consideration if you’re not limited by your budget.

If you want an absolute beast of a gaming laptop, Gigabyte’s Aorus 17G is a worthy candidate both inside and out. While this megalithic portable has a substantial weight of 5.95Ib to match, it’s a small price to pay for such power inside – namely, 10th-generation processors and up to 64GB of memory, as well as Nvidia’s most powerful RTX and Super RTX cards. There’s nothing this laptop can handle (or annihilate), making it a prime example of what a next-generation desktop replacement can be. And, that’s without mentioning its 1080p display touting a whopping 240Hz refresh rate and its solid build. Just be ready to break that piggy bank, as this won’t be cheap.

Though Dell has its premium lines, it’s also been very good at building excellent budget machines. The Dell G5 15 SE (2020) is a very good example of that, touting impressive AMD specs, especially in the CPU department, to keep cost down without compromising performance. This is among the very few gaming laptops out there that are affordable and also deliver a staggering performance for the price, with a stunning display to boot. Of course, being a budget laptop, some sacrifices have been made – namely, its build and heat management. However, for the budget-minded, this is certainly among the best gaming laptops out there for gaming.

The world’s first gaming ultrabook is back with updated internals. Unlike most gaming laptops out there, this offering from Razer is incredibly thin – so thin, in fact, it’s thinner than a MacBook Pro 16-inch. While that forces it to sacrifice a bit of power, it still delivers a solid gaming performance that’s good enough if you want to play or game competitively while traveling or on the go. The fact that it offers a 1080p display with a 120GHz refresh rate and four stereo speakers capable of delivering 7.1 surround sound using THX Spatial Audio helps as well.

When choosing the best gaming laptop for you, there are a few things you must take into account.

First and foremost, the most crucial thing to consider in the best gaming laptops is how well they play the latest games. When creating this list, not only do we delve deep into the specifications of each gaming laptop to see if they are up to snuff, but we also run benchmarks on each one to check out the raw performance.

Benchmarks only tell part of the story, however. So, we also make sure we play a number of the latest games on each laptop to see just how well they perform. It’s a tough job, but someone’s gotta do it.

Display, sound quality, keyboard, trackpad, and the overall design of the laptop matter as well, so these are definitely things you’d want to check out before hitting that buy button.

In fact, if the device scores highly in all these areas, it has a good chance of making it to our best gaming laptops 2021 list. That means you can buy any of the best gaming laptops in this list in full confidence that you’re getting a killer gaming device that will last you for years to come.